J.D. Cahill is the toughest U.S. Marshal they’ve got, just the sound of his name makes bad guys stop in their tracks, so when his two young boy’s want to get his attention they decide to rob a bank. They end up getting more than they bargained for. Cahill: United States Marshal, the 1973 Andrew V. McLaglen cowboy western (“Break the law and he’s the LAST man you want to see. And the LAST you ever will.”; “Five killers robbed the Valentine bank. The lucky ones got caught. The rest got Cahill.”) starring John Wayne (in the title role as J. D. Cahill), George Kennedy (“as Fraser”), Gary Grimes, Neville Brand, Marie Windsor, Jackie Coogan (best remembered for playing the title role in Charlie Chaplin’s “The Kid” and starring as “Uncle Fester” in TV’s “The Addams Family”), and Harry Carey Jr. 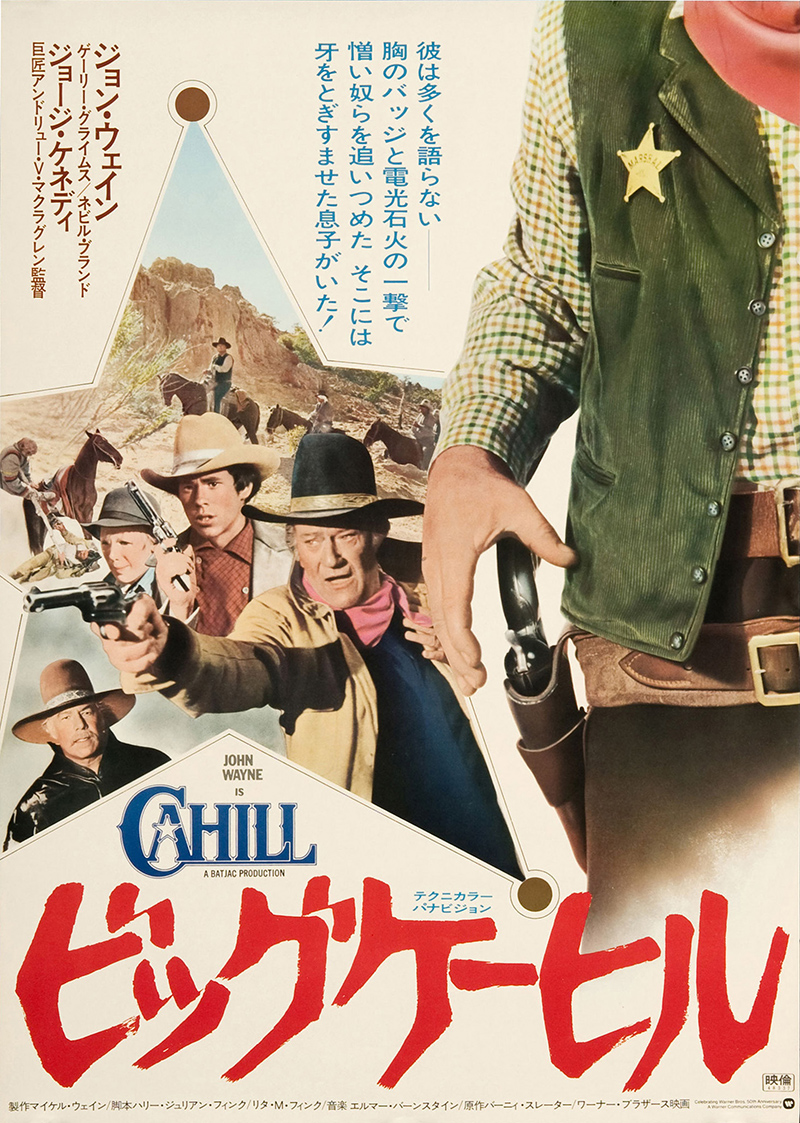