Deep in Malaya, as World War II is rapidly coming to an end, men, women and children, trapped by the Japanese invasion, are held captive in the Blood Island prison camp. Knowing that Yamamitsu, the sadistic commandant, will murder them all when he learns of his country’s defeat, Dutch, a Dutch planter, smashes the camp radio. British officer Lambert and, in the women’s prison, the recently-widowed Kate, join Dutch in arming the prisoners. The Camp on Blood Island, the 1958 Val Guest English World War II (WWII) historic military Japan prisoner of war (POW) action thriller (“The war has ended… Now the slaughter begins!”; “Ruthless, brutal truth about the most barbaric prison camp in the annals of warfare!”; “Authenticated by the very few who survived the massacre in… The Camp on Blood Island”; “The most brutal, barbaric truth in the history of movies… And mankind!”; “I’ll kill every man, woman and child in this camp – if my country loses the WAR!”) starring Carl Mohner, Andre Morell, Edward Underdown, Walter Fitzgerald, Phil Brown, Barbara Shelley and Michael Goodliffe

Also Featuring the Cast of The Camp on Blood Island 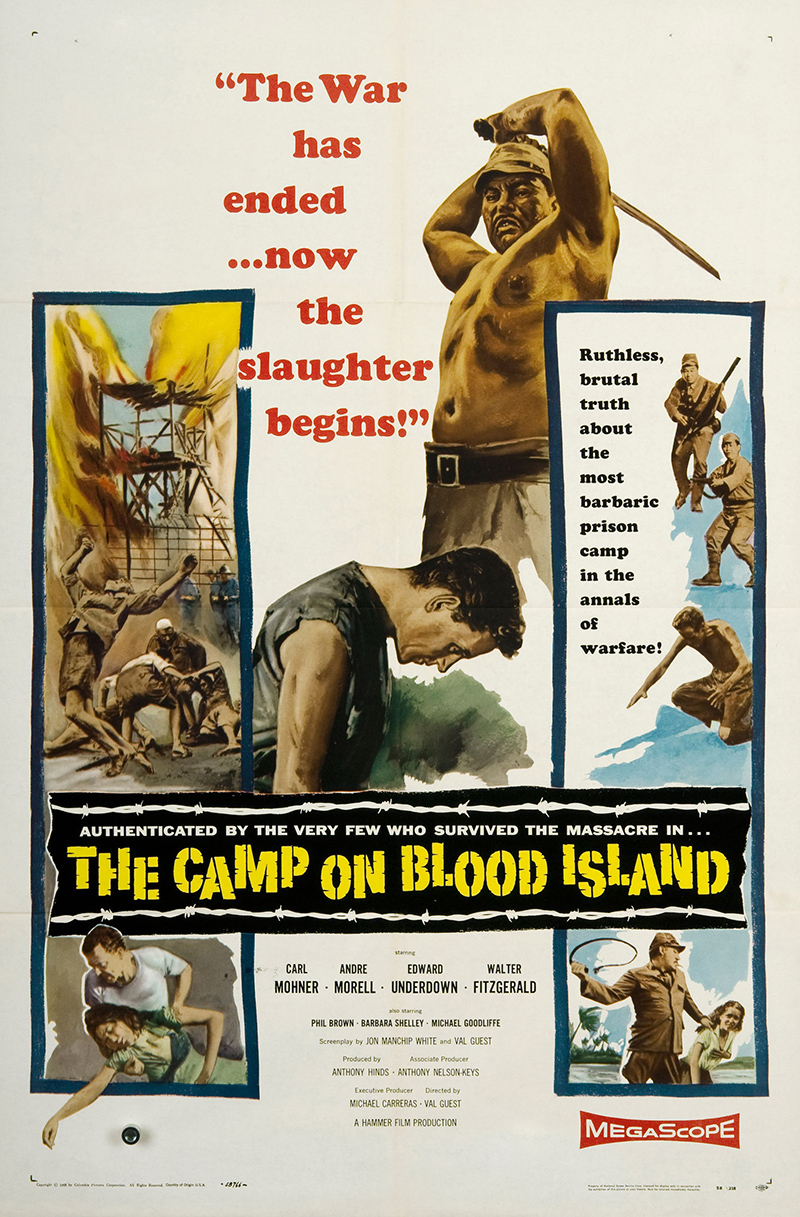