Candy Christian is an innocent young girl when she first hears NcPhito, an alcoholic Welsh poet, talk of love and self-sacrifice. Candy narrowly escapes McPhisto’s attempt to rape her, only to succumb to her father’s Mexican gardener, Emmanuel. When her father catches her with the gardener, he banishes her to a trip with his twin brother, Uncle Jack, and Jack’s wife Aunt Livia, who are headed for New York City. As Candy makes her way to the airport, Emmanuel’s three sisters attack her because she has corrupted their brother. Because of Candy, Emmanuel has now forsaken the priesthood. During the scuffle, Candy’s father takes a blow to the head, resulting in a serious head injury. Candy nearly gives in to a General Smight on the plane in exchange for a blood transfusion for her father. In New York, an ego-maniacal brain surgeon Dr. Krankeit operates on her father, while Uncle Jack pursues his own operation on Candy. When Candy bashes him with a bedpan, Uncle Jack is put in her father’s hospital bed, while her father wanders away without notice. Candy is now free to visit Greenwich Village where she takes part in a film by an underground movie director Jonathan J. John. It’s a pornographic film, shot in a public restroom. Next, Candy becomes the pet of a benevolent hunchback in Central Park, but she escapes from his arch criminal into the truck trailer of Guru Grindl. During the drive to California, Grindl initiates her into the mysteries of the Seventh Stage and other secrets of life. In California, Candy seeks the Great Buddah, who will reveal to her the ultimate stage. In her search, she encounter a filthy hermit who leads her to a temple. There Candy and the hermit have sex. When a deluge destroys the temple and washes the hermit clean. Candy recognizes that the hermit is really her wandering father. Again Candy runs away to more trouble. The final time, however, she finds herself in a hippie orgy, reunited with her past sexual partners.

Also Featuring the Cast of Candy 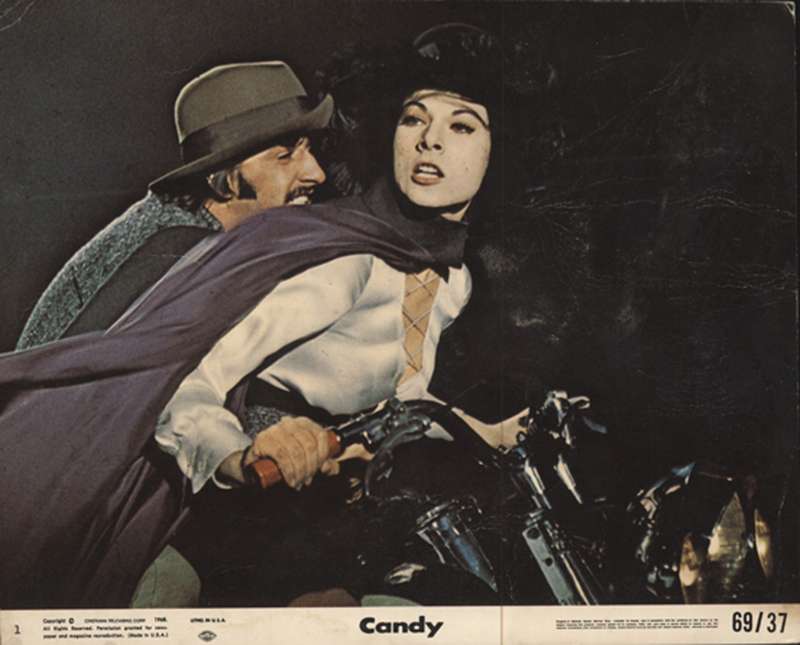