The story happens in 1948, in a fictional country, called Zakharstan (in the novel “Caravans” is probably Afghanistan). Mark Miller (Michael Sarazyn) is a young U.S. Embassy employee who is responsible to follow Ellen Jasper (Jennifer O’Neill), the daughter of Senator Jasper, who later has married Colonel Nazrullah (Behrouz Vossoughi) and disappeared. During the investigation, Mark Miller (Michael Sarazyn) realizes that Ellen Jasper (Jennifer O’Neill) has escaped from her husband, Colonel Nazrullah (Behrouz Vossoughi), living among a tribe whose leader is Zulffiqar (Anthony Quinn). He will fail to convince her to be reunited with his father. But, Mark Miller (Michael Sarazyn) has realized that the leader of tribe is an outlaw who resists against the government’s proposals for a permanent settlement of his tribe and also with cooperation of another rebel man, Shakkur (Mohamad Ali Keshavarz), are engaged to Russian arms trafficking …

Also Featuring the Cast of Caravans 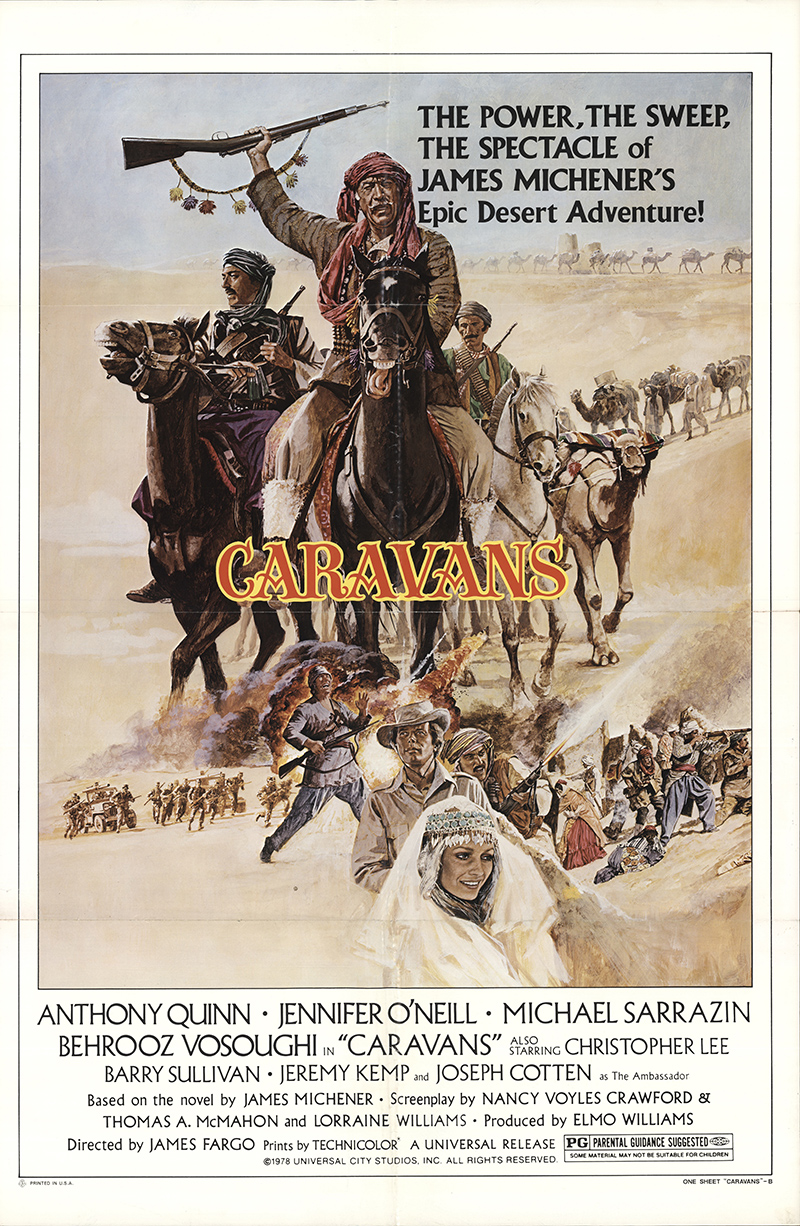