View cart “The Train Robbers” has been added to your cart.

The concurrent sexual lives of best friends Jonathan and Sandy are presented, those lives which are affected by the sexual mores of the time and their own temperament, especially in relation to the respective women who end up in their lives. Their story begins in the late 1940s when they are roommates attending Amherst College together. Both virgins, they discuss the type of woman they would each like to end up with. Sandy, the more sensitive of the two, meets Susan at a mixer, she who he believes is going to be the one to who he will lose his virginity. Sandy goes through the process methodically, taking into account what he thinks Susan wants, but without much true passion or romance. Jonathan, the more sexually aggressive of the two, ends up losing his virginity first to “Myrtle”, who ends up being a steady but hidden girlfriend. Based on what each knows of the other’s relationship, both Jonathan and Sandy strive for a little more of what the other has. These relationships also set the tone for all the relationships they will have in the future. Through their lives, they always seem not totally satisfied with their relationship at the time, still pining for what the other has. This view may change as they and their friendship hits middle age, when Sandy is with a domineering woman named Cindy, while Jonathan is with model/actress Bobbie, whose life goes spiraling downward because of her relationship to Jonathan and despite her beauty which on the surface offered so much opportunity for her. Jonathan’s sexual trajectory, directed through these experiences, ends up in a manner he probably did not foresee happening. 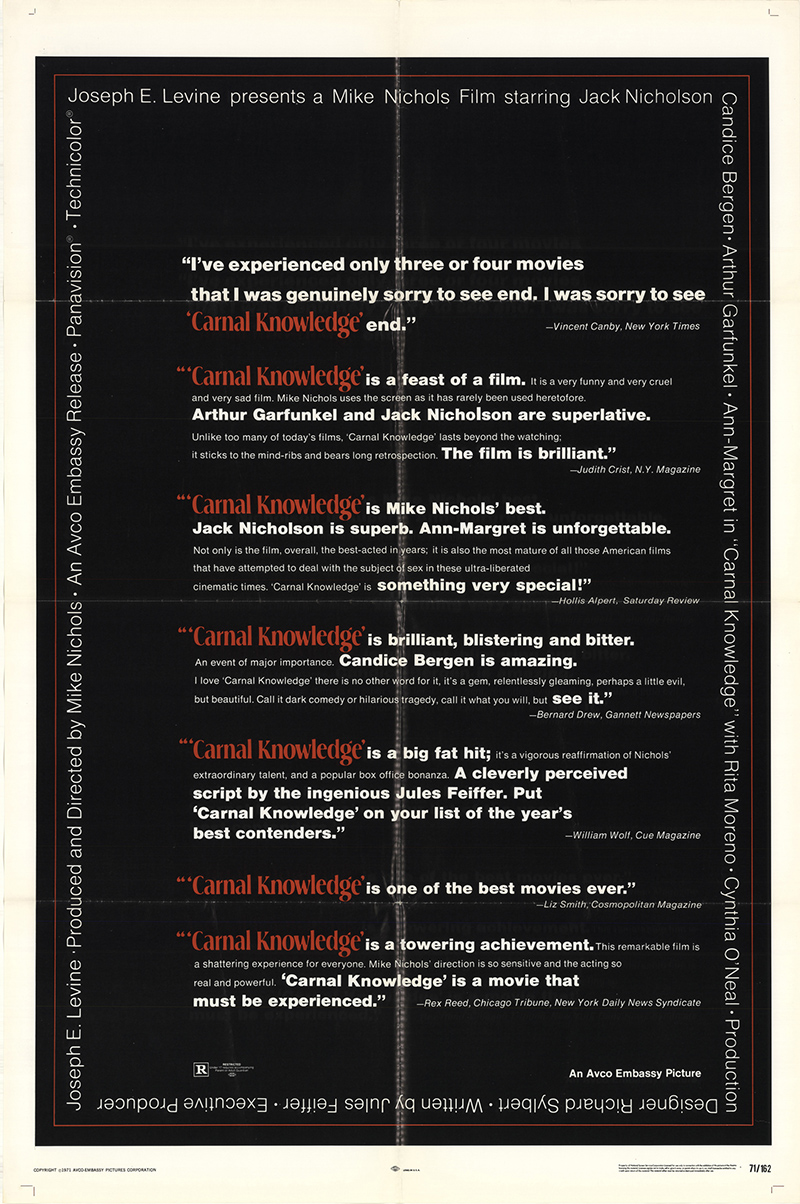