View cart “The Carpetbaggers” has been added to your cart.

George Peppard plays a hard-driven industrialist more than a little reminiscent of Howard Hughes. While he builds airplanes, directs movies and breaks hearts, his friends and lovers try to reach his human side, and find that it’s an uphill battle. The film’s title is a metaphor for self-promoting tycoons who perform quick financial takeovers, impose dictatorial controls for short-term profits, then move on to greener pastures. The Carpetbaggers, the 1964 Edward Dmytryk fictional biographical millionaire tycoon melodrama (“it is unlikely that you will experience in a lifetime all that you will see in… THE CARPETBAGGERS”; “Based on the novel ‘The Carpetbaggers’ by Harold Robbins”; obviously based on the life of Howard Hughes, but taking great liberties with the facts and small details of his life!) starring George Peppard, Alan Ladd (as Nevada Smith), Robert Cummings (best remembered for starring in “The Bob Cummings Show” TV series of the 1950s and 1960s; billed as “Bob Cummings”), Martha Hyer, Elizabeth Ashley, Lew Ayres, Martin Balsam, Ralph Taeger, Archie Moore, and Carroll Baker (“as Rina”). Note that Alan Ladd made such an impression in this movie in his supporting role as Nevada Smith that a “prequel” to this movie was made, giving the youthful history of that character, with Steve McQueen playing the young Nevada Smith!

Also Featuring the Cast of The Carpetbaggers 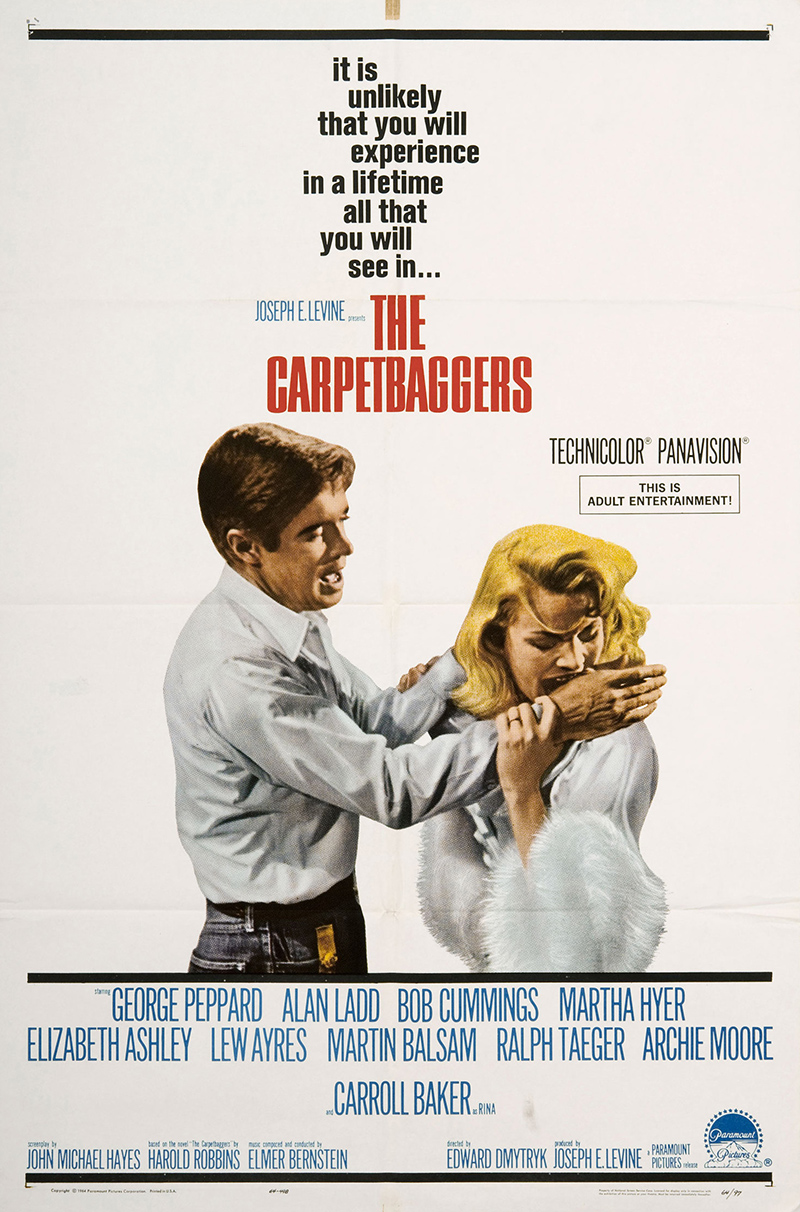 You're viewing: The Carpetbaggers $55.00
Add to cart