An American Army officer is recruited by the yet to exist Israel to help them form an army. He is disturbed by this sudden appeal to his jewish roots. Each of Israel’s Arab neighbors has vowed to invade the poorly prepared country as soon as partition is granted. He is made commander of the Israeli forces just before the war begins. Cast a Giant Shadow, the 1966 Melville Shavelson Israeli Jewish War of Independence military melodrama (“OUTNUMBERED – UNARMED – UNPREPARED – they stunned the world with their incredible victory!”; “WE WILL PUSH YOU INTO THE SEA!”; “His name was Mickey… he fought like David”; “From The Streets of New York… To The Fields of West Point… To The Beaches of Normandy… To The Hills of The Middle East… Everywhere he lived and fought – he…Cast a Giant Shadow”; “The True Story of Colonel Mickey Marcus.. Whose courage changed millions of lives… Whose legend belongs to many lands!”) starring Kirk Douglas (as Colonel Mickey Marcus), Senta Berger, Angie Dickinson, James Donald, Stathis Giallelis, Luther Adler, “and special appearances by” Frank Sinatra, Yul Brynner (“as Asher”), and John Wayne (“as The General”)

Also Featuring the Cast of Cast a Giant Shadow 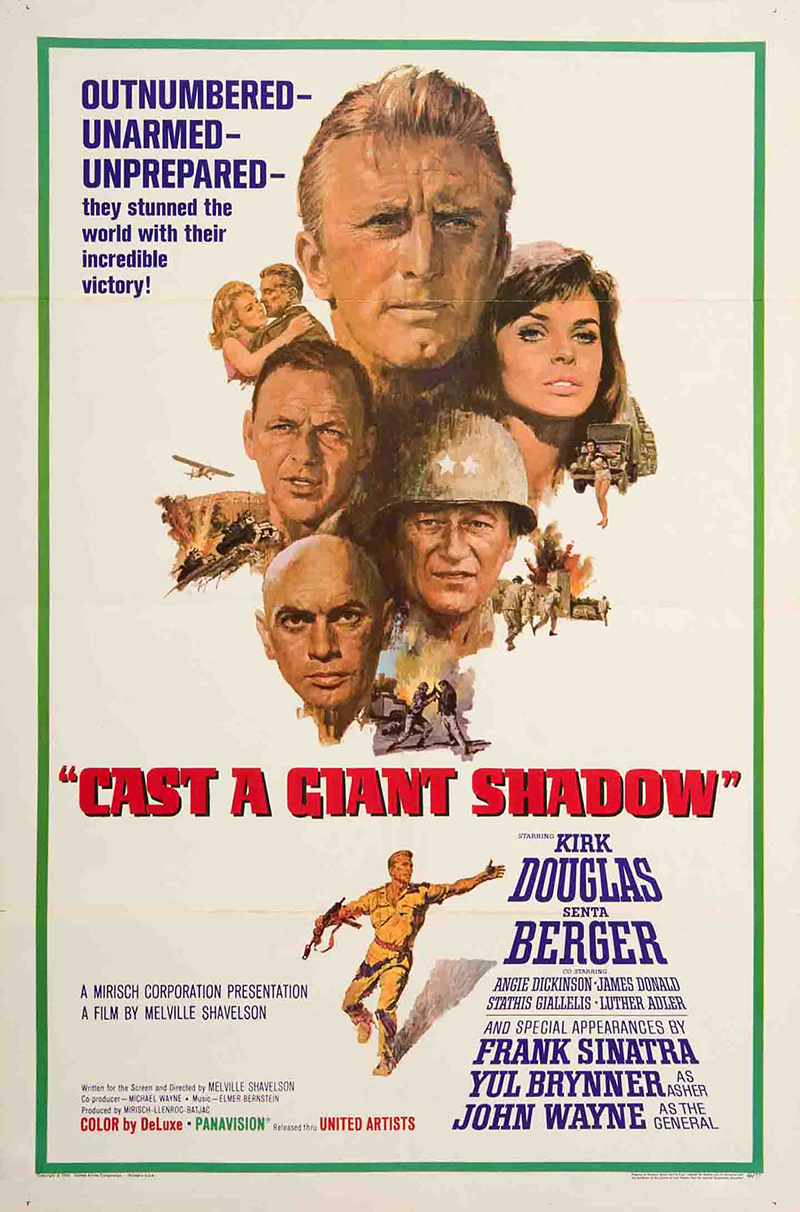 You're viewing: Cast a Giant Shadow $85.00
Add to cart
Create a new list