A simple caveman accidently becomes leader of a clan of cavemisfits and outcasts. But he ultimately wants to outsmart the bigger, stronger leader of his former clan and win the affection of a beautiful cavewoman. Caveman, the 1981 Carl Gottlieb prehistoric Neanderthal fantasy comedy (“Back when you had to beat it before you could eat it…”; “Written by Rudy DeLuca and Carl Gottlieb”) starring Ringo Starr (best remembered as the drummer from the rock ‘n’ roll music band “The Beatles”), Barbara Bach, Dennis Quaid, Shelley Long, John Matuszak (professional NFL football player who made a few movies and is best remembered for his role in “North Dallas Forty”), Avery Schreiber, and Jack Gilford

Also Featuring the Cast of Caveman 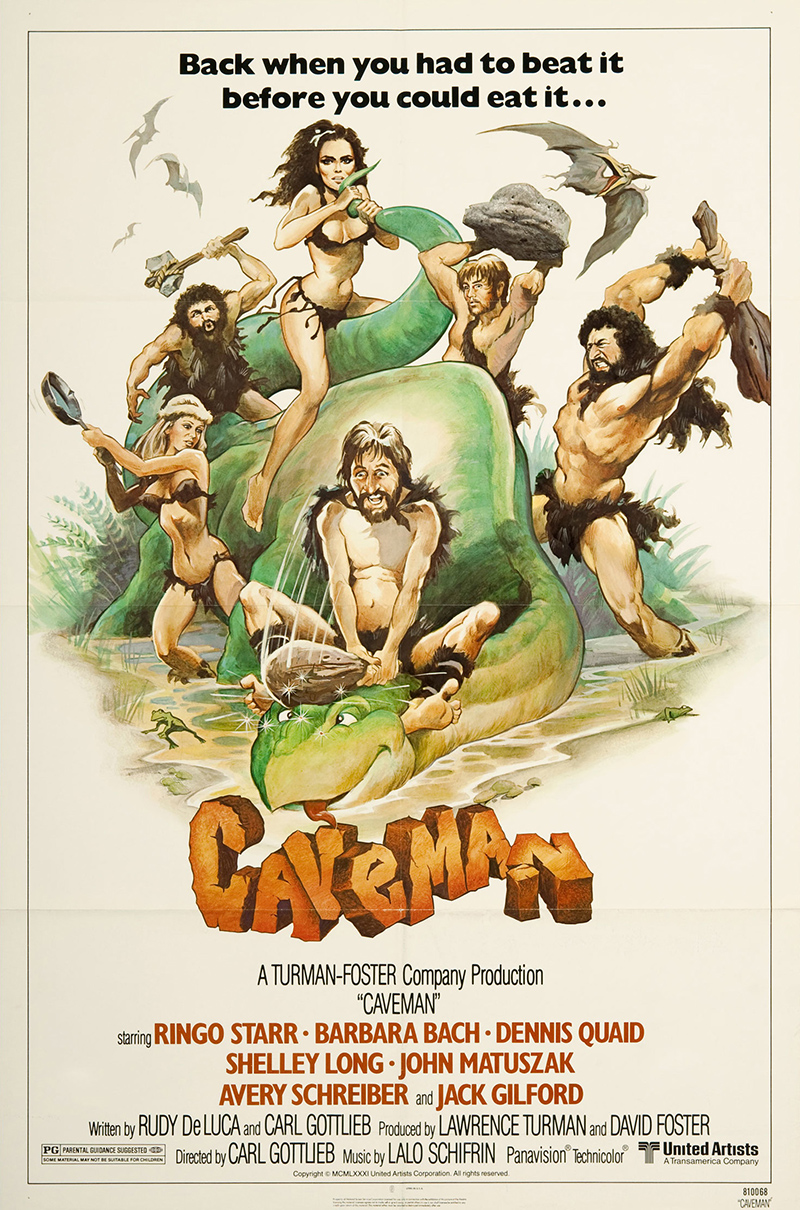