The story, told in flashback, of two young British sprinters competing for fame in the 1924 Olympics. Eric, a devout Scottish missionary runs because he knows it must please God. Harold, the son of a newly rich Jew runs to prove his place in Cambridge society. In a warmup 100 meter race, Eric defeats Harold, who hires a pro trainer to prepare him. Eric, whose qualifying heat is scheduled for a Sunday, refuses to run despite pressure from the Olympic committee. A compromise is reached when a nobleman allows Eric to compete in his 400 meter slot. Eric and Harold win their respective races and go on to achieve fame as missionary and businessman/athletic advocate, respectively.

Also Featuring the Cast of Chariots of Fire 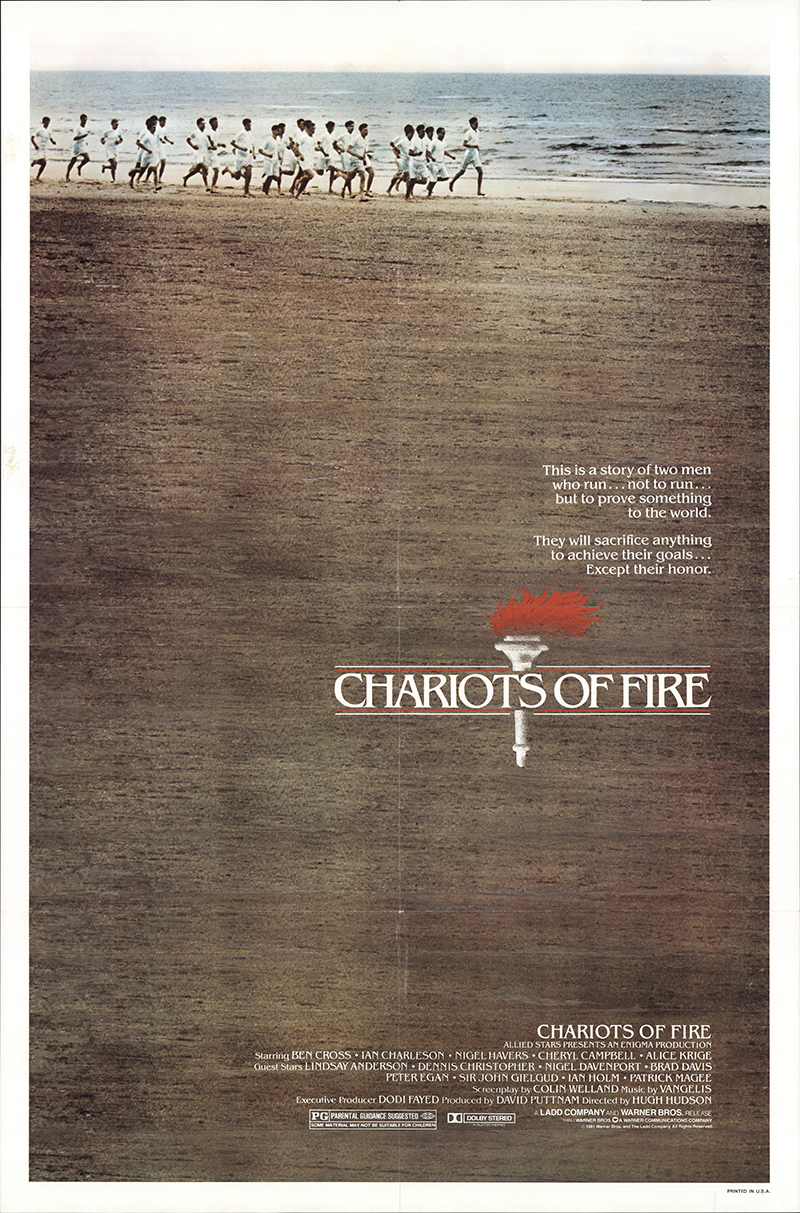 You're viewing: Chariots of Fire $80.00
Add to cart
Create a new list