Charley is a workaholic family man that finds out from an angel that his “number’s up” and he will be dying soon so he tries to change his ways and be a better husband and father with the time he has left. Charley and the Angel, the 1973 Vincent McEveety Walt Disney family fantasy comedy (“Super [natural] Comedy!”; “Based on ‘The Golden Evenings of Summer’ by Will Stanton”; about a crotchety shopkeeper, during the Depression, who is visited by an angel, who shows him what will happen if he doesn’t change the error of his ways) starring Fred MacMurray, Cloris Leachman (billed as “Academy Award Winner, Best Supporting Actress 1971”), Harry Morgan, Kurt Russell, and Kathleen Cody

Also Featuring the Cast of Charley and the Angel 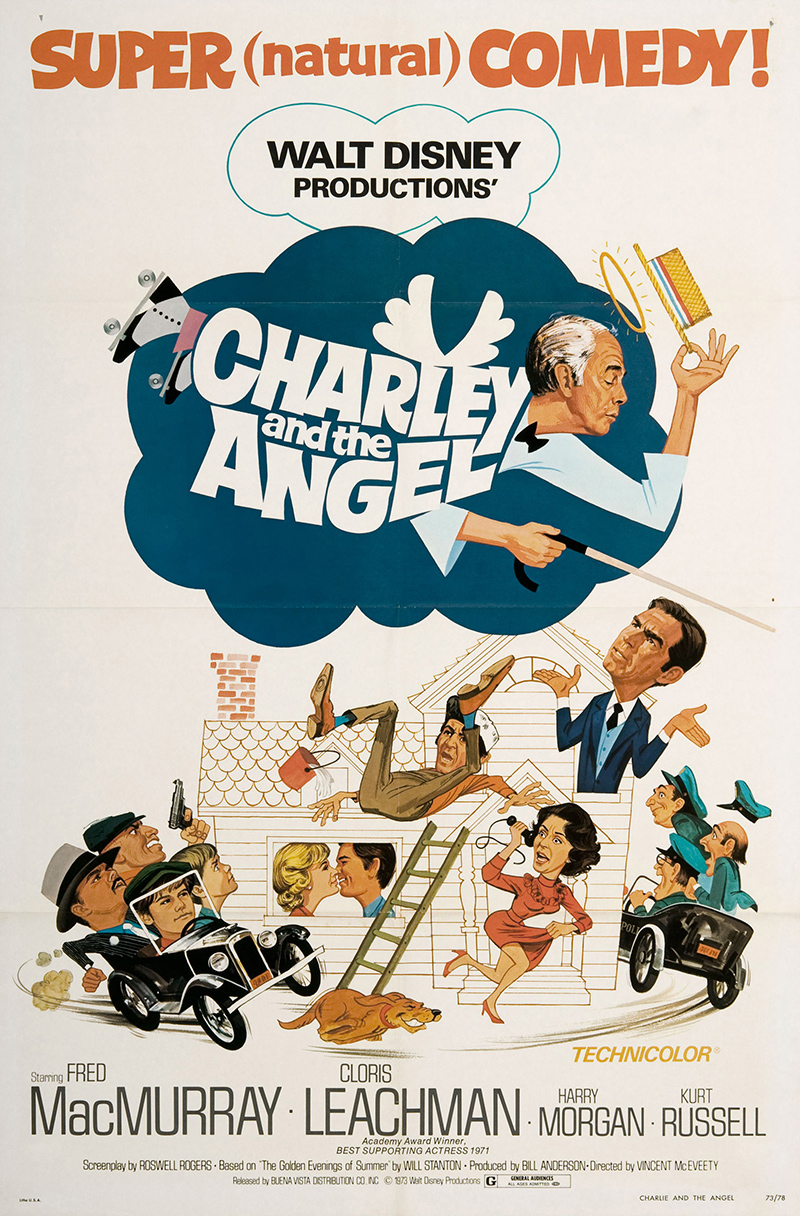