A man shows up at Kimberley Prescott’s villa claiming to be her brother. But Ward Prescott died in a car accident a year ago, so how can this man be him? Despite Kim’s protests that the stranger isn’t her brother, everyone else accepts him, including their uncle. Kim begins to fear for her sanity and her life. Chase a Crooked Shadow, the 1958 Michael Anderson English crime mystery thriller (“The tensest tension of any picture in ten years”; “The picture that makes mystery history”; “The man hunts the girl… The girl hunts the man…”; “We give you 87 minutes to unbaffle it”; “The 3rd minute – the footstep; The 12th minute – The tattoo; The 29th minute – The dead man arrives; The 43rd minute – The spear gun; The 59th minute – the vanishing wine glass; The 71st minute – the forced swim; the 87th minute – DON’T TELL”; produced by Douglas Fairbanks Jr.) starring Richard Todd, Anne Baxter, Herbert Lom, Alexander Knox, and Faith Brook

Also Featuring the Cast of Chase a Crooked Shadow 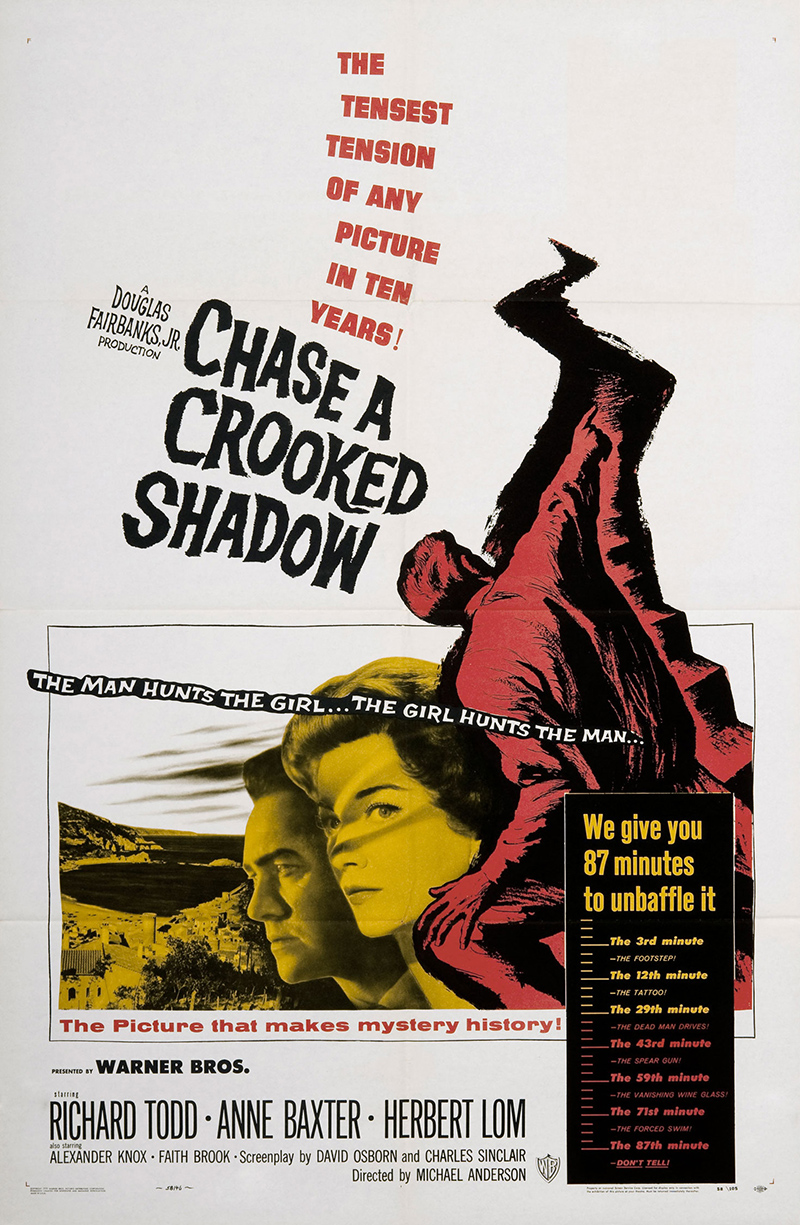 You're viewing: Chase a Crooked Shadow $45.00
Add to cart