While Indians besiege a U.S. Army fort in 1876, residents of the fort a gunfighter, a stagecoach driver, two Mexican women, and a motley company of soldiers try to come to terms with their pasts. Chuka, the 1967 Gordon Douglas Native American Indian cowboy western (‘They called him saddle-bum… Desert rat… Pistolero… But where would they have been without him on that bloody summer’s day…?’; ‘Of his kind Chuka’s the best there is. At fighting. At loving. And when it had to be – at killing!’; ‘He’s a man called Chuka and you don’t forget it!’; ‘Based on the novel by Richard Jessup’; ‘Screenplay by Richard Jessup’) starring Rod Taylor, Ernest Borgnine, John Mills, Luciana Paluzzi, James Whitmore, Angela Dorian, and Louis Hayward (‘as Major Benson’)

Also Featuring the Cast of Chuka 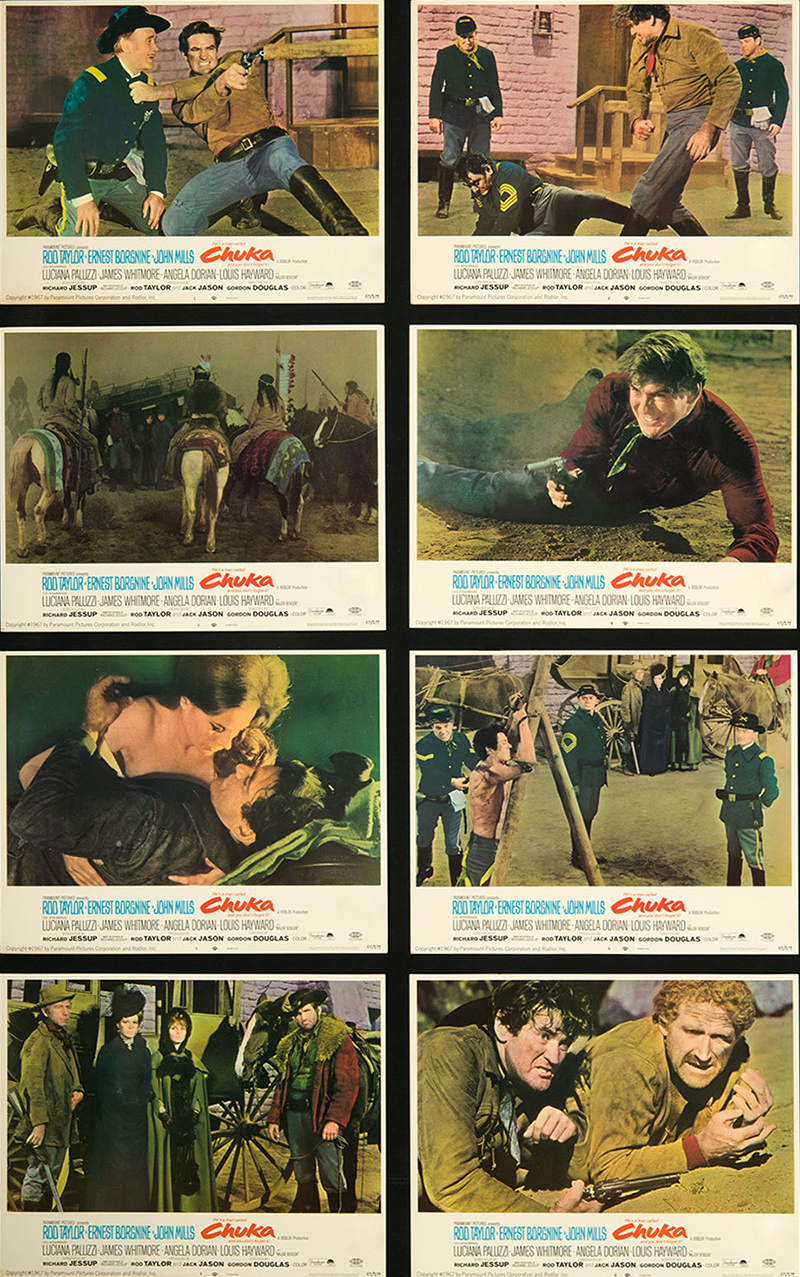