Audie Murphy comes into his own as a Western star in this story. Wrongly accused by crooked railroad officials of aiding a train heist by his old friends the Daltons, he joins their gang and becomes an active participant in other robberies. Betrayed by a fellow gang member, Murphy becomes a fugitive in the end. Seeking refuge at the ranch of a reformed gang member, he hopes to flee with the man’s daughter to South America, but he’s captured in the end and led off to jail. The girl promises to wait.

Also Featuring the Cast of The Cimarron Kid 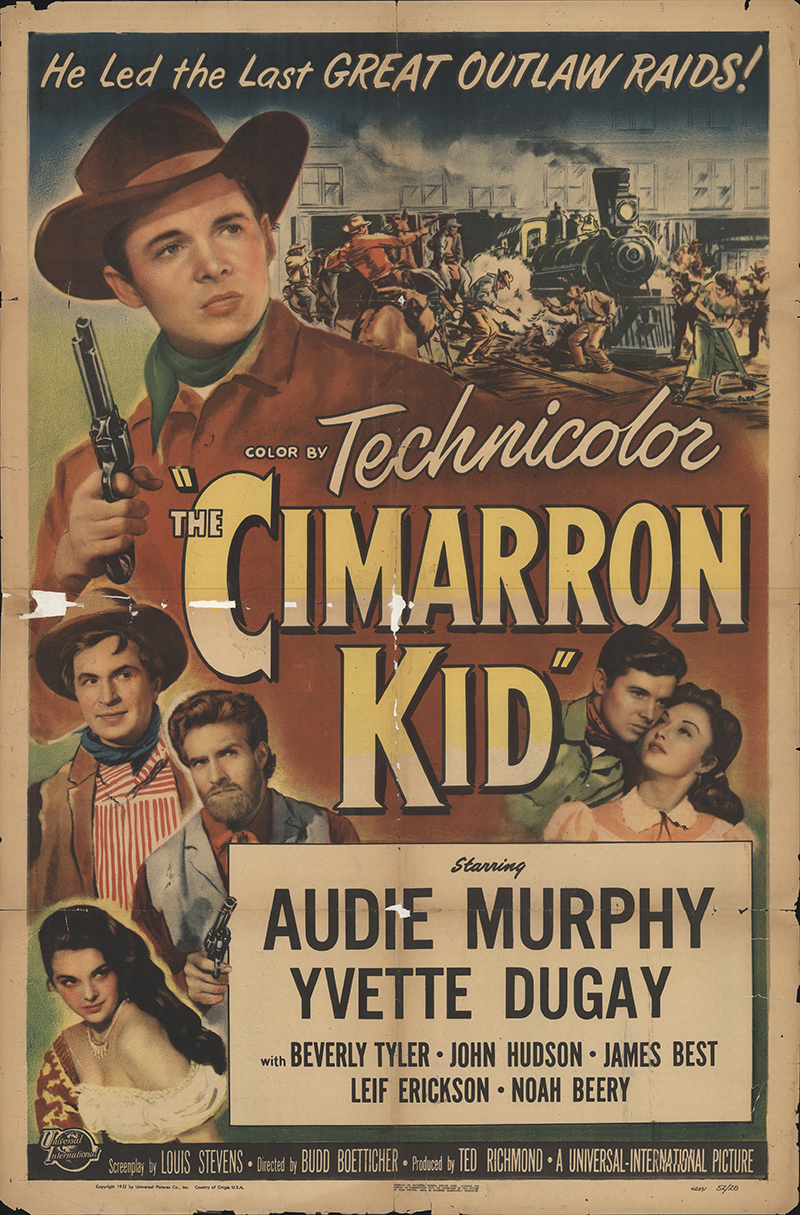