William Dudley is a corrupt mayor of a nameless Midwestern U.S. city who has allowed a chemical refinery to be built right in the center of town, far from any river, lake or reservoir. On one typical hot summer day, Herman Stover, a dangerously disturbed employee at the works has been denied an expected promotion and in addition, finds himself fired. He then decides to take his revenge against the works by opening the valves to the storage vats and their interconnecting pipes, flooding the area and sewers with gasoline and chemicals. It doesn’t take long for this act of petty vandalism to start a fire, which starts a chain reaction that causes massive explosions at the refinery, destroying it and spreading a mushroom-cloud of flame that soon engulfs the entire metropolis! The drama focuses on a newly built hospital which, like the refinery and all civic buildings that went up during the mayor’s crooked administration, is shoddily built and poorly equipped where the head doctor, Frank Whitman, and his staff treat thousands of casualties from the city-fire while the city fire chief Risley keeps in constant contact with the fire companies fighting a losing battle against the fires, and Maggie Grayson, an alcoholic reporter/newscaster, sees it as her chance to make it nationwide with her coverage of the story of the ‘city on fire.’

Also Featuring the Cast of City On Fire 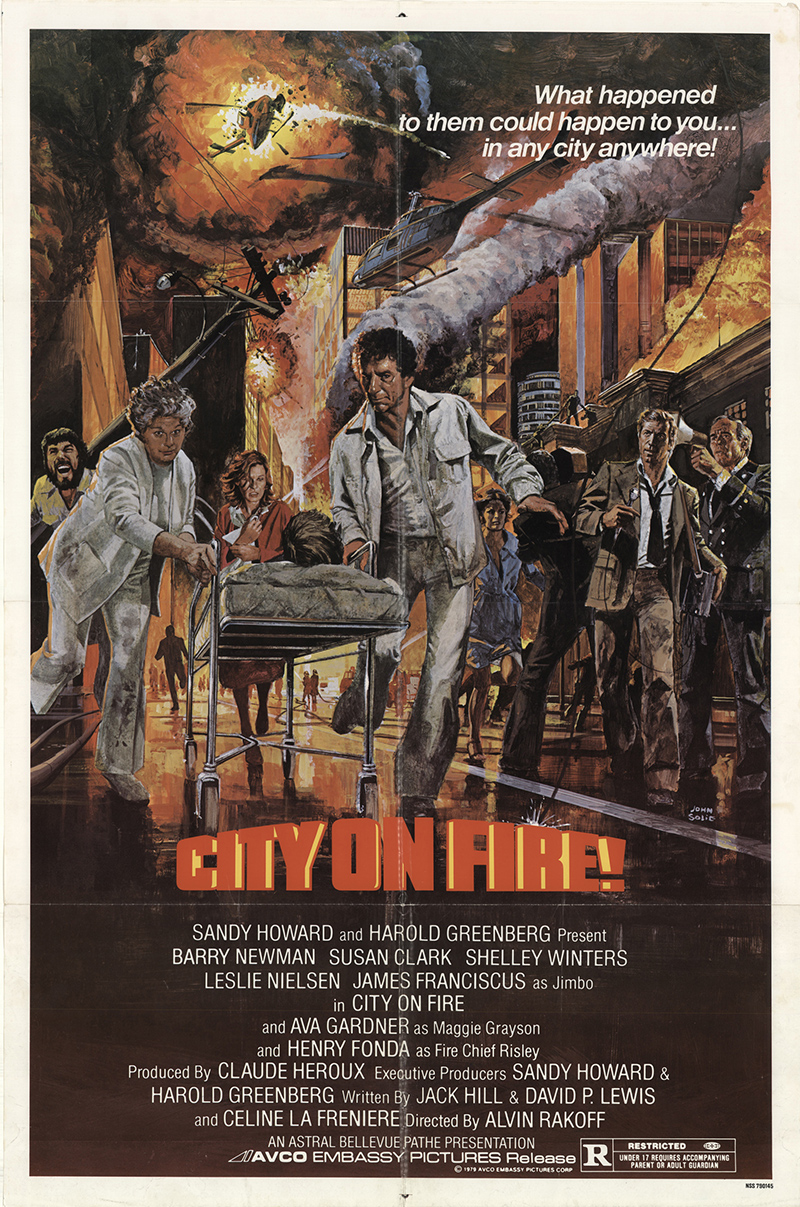