Close Encounters of the Third Kind (1980)

Two parallel stories are told. In the first, a group of research scientists from a variety of backgrounds are investigating the strange appearance of items in remote locations, primarily desert regions. In continuing their investigation, one of the lead scientists, a Frenchman named Claude Lacombe, incorporates the Kodály method of music education as a means of communication in their work. The response, in turn, at first baffles the researchers, until American cartographer David Laughlin deciphers the meaning of the response. In the second, electric company lineman and family man Roy Neary and single mother Jillian Guiler are among some individuals in Muncie, Indiana who experience some paranormal activity before some flashes of bright lights in the sky, which they believe to be a UFO. Roy becomes obsessed with what he saw, unlike some others, especially in some form of authority, who refuse to acknowledge their belief that it was a UFO in not wanting to appear crazy. That obsession both for Roy and Jillian is ratcheted up a notch when they begin to have a vision of a mound with vertical striations on its side as a key to what is going on. While the obsession negatively affects Roy’s life as he knows it in its entirety, Jillian knows she has to find the answer as to its meaning, especially as it relates to her only child, three year old Barry Guiler, who may be more attuned to what is happening than the adult figures around him. These two stories have the potential to intersect if Roy and Jillian can discover where they’ve seen that mound before, and if they can overcome what they believe to be the lies perpetrated by those in authority in covering up what is going on.

Also Featuring the Cast of Close Encounters of the Third Kind 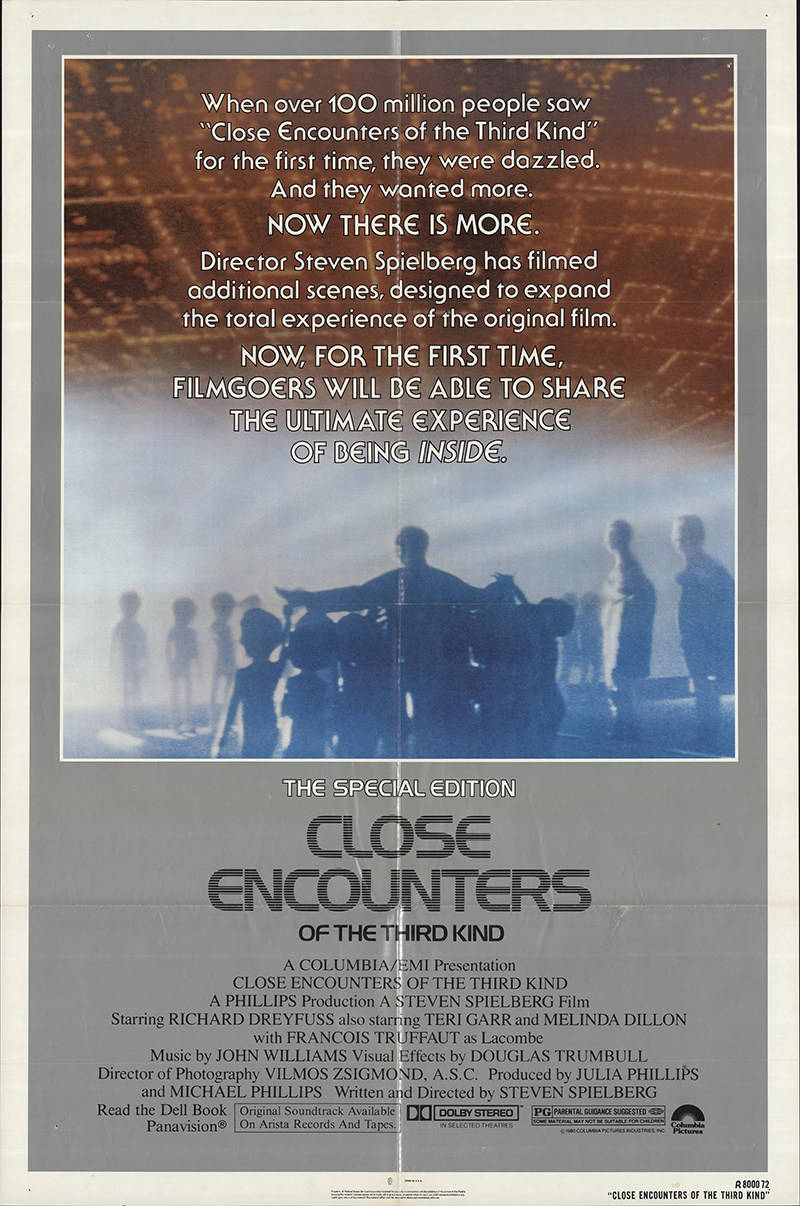 You're viewing: Close Encounters of the Third Kind $25.00
Add to cart