Eddie Cusack is a Chicago police officer about to bust some members of the Comacho gang when the gang is shot up by a rival drug gang from the neighboring building, led by Tony Luna. Victor Comacho is the only survivor of the Comacho gang and his older brother, Luis, who is the leader of the gang, retaliates by killing Luna’s family and kidnaps Luna’s daughter, Diana. Cusack must face Tony Luna and Luis Comacho alone because nobody on the police force is willing to help him since he was the only cop who broke the code of silence by testifying against a fellow cop who killed an unarmed teenager, but Cusack is not really alone. A police robot called “Prowler” aides Cusack as he takes down the gangs.

Also Featuring the Cast of Code of Silence 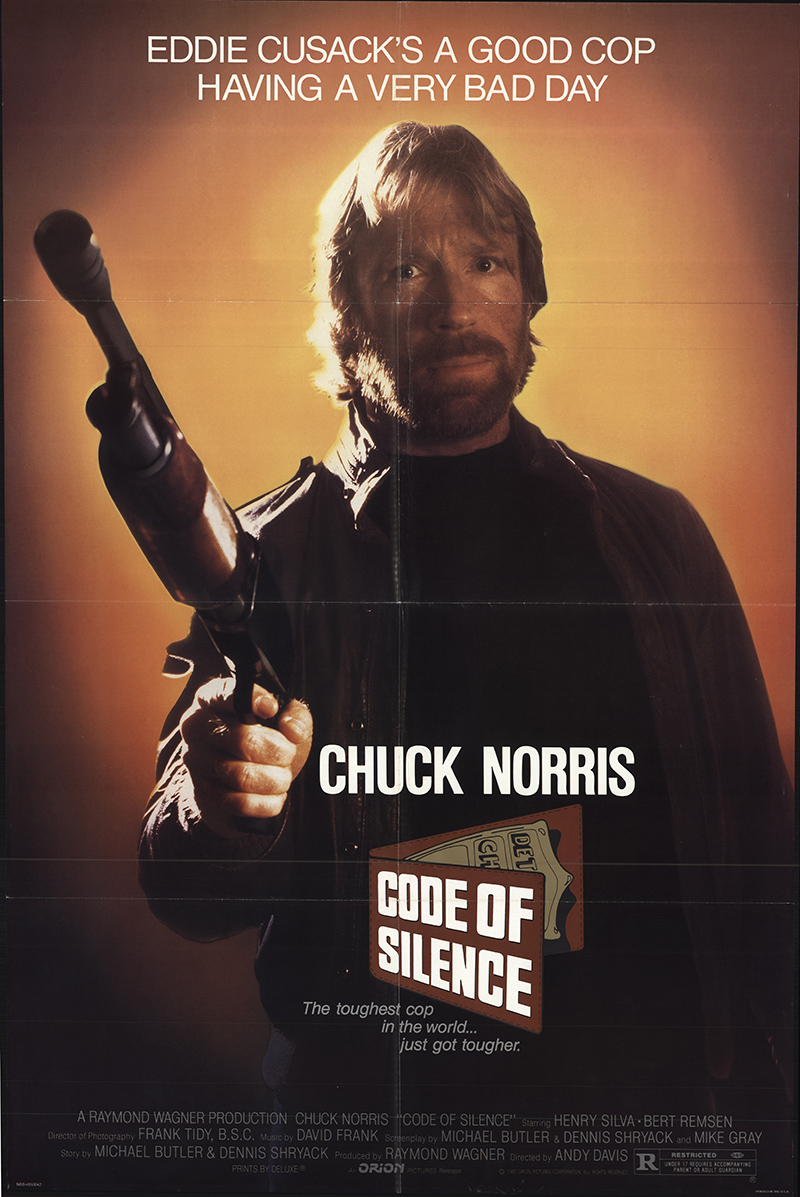