When three pinto-riding Wells Fargo messengers are killed, Ranger Johnny is sent, incognito, to Booneville to investigate. He is welcomed by Sheriff Ed Lowery, Wells Fargo agent Ben Williams, the latter’s daughter Janet and his son Terry, who supplies horses for the Wells Fargo riders. Johnny tangles with Chet Murdock, a killer, in a saloon fight and also J notices that Mae Star, hotel proprietress, and Terry are outwardly sweethearts. Mae is actually using Terry to get information on the gold shipments, which are then hi-jacked by Murdock and his gang. Johnny, wishing to rest his own horse, borrows a pinto from Terry’s corral and, while out riding the express trail, is ambushed by henchman Gus but Johnny shoots Gus instead. The dying outlaw tells Johnny he attacked him because he was riding a pinto of the type used by the express riders when they were carrying gold. Mae and Murdock, realizing the game is up, then decide to rob the Wells Fargo office and flee town. While Mae keeps Terry drunk in her saloon, Murdock kills Ben Williams and loots the Wells Fargo safe. Johnny arrives back in town and arrests the drunken Terry for complicity in the gold robberies. Mae slips Terry a gun and and helps him break jail supposedly to aid him to kill Murdock to avenge his father’s death. But she leads him into a trap and Murdock cuts Terry down just as Johnny and the sheriff converge on the saloon. 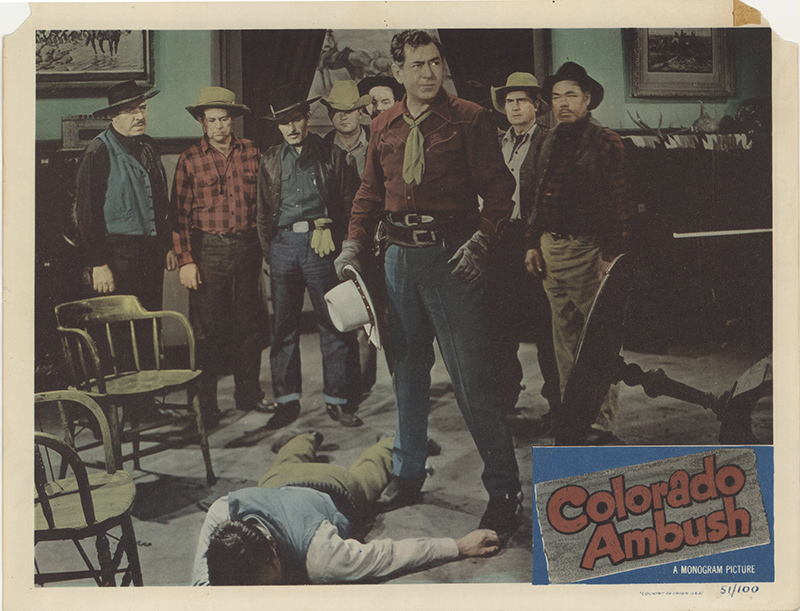