the 1972 double-bill release (“HIS AND HER HORROR!”) of Daughters of Satan, the 1972 Hollingsworth Morse U.S./Filipino Philippines horror thriller (“Now! Revealed on the screen! A secret cult of lust-craved witches torturing their victims with fire and desire!”; about a man who buys a painting of a burning witch that causes his wife to become a witch and try to kill him) starring Tom Selleck (in his first leading role), Barra Grant, Tani Guthrie, Sigrid von Giese (billed as “Paraluman”), and Vic Silayan AND Superbeast, the 1972 George Schenk horror science fiction (sci-fi) thriller.

Also Featuring the Cast of Daughters of Satan / Superbeast 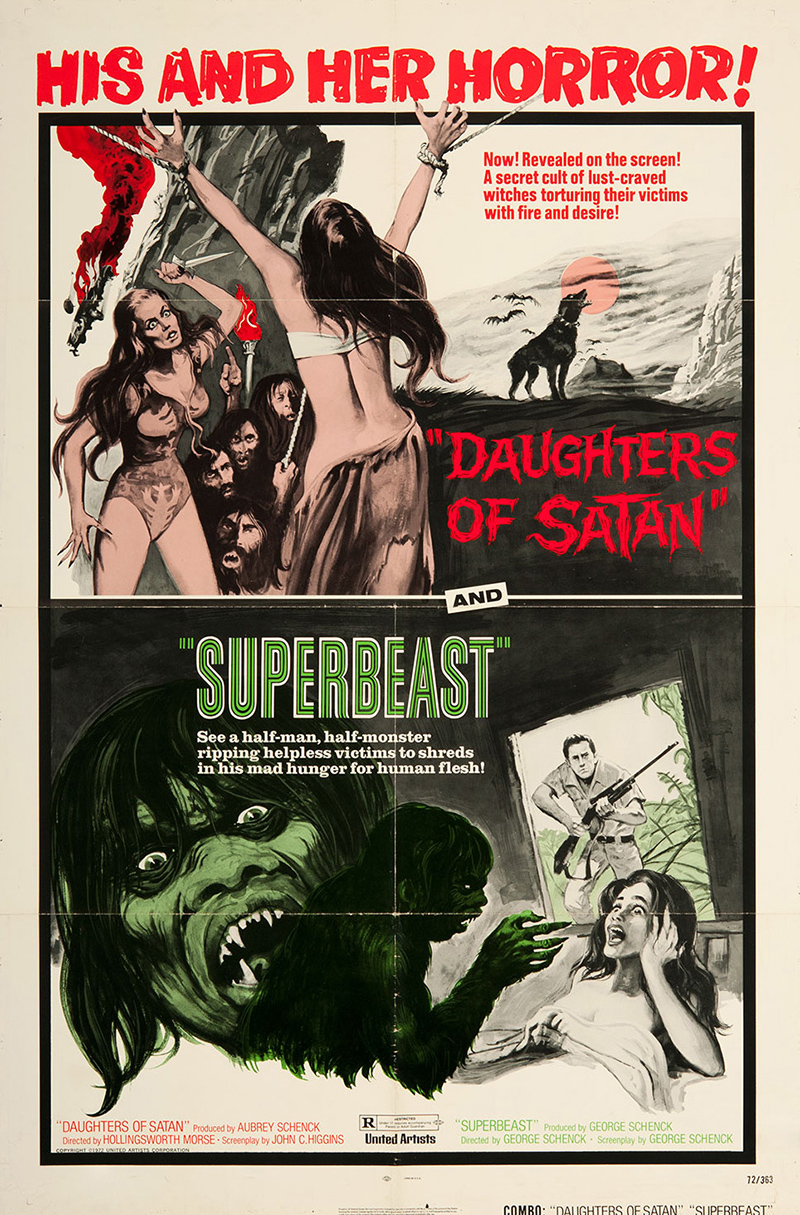 You're viewing: Daughters of Satan / Superbeast $135.00
Add to cart