Wealthy industrialist Robert Talbot arrives early for his annual vacation at his luxurious Italian villa to find three problems lying in wait for him. Firstly, his long-time girlfriend Lisa Fellini has given up waiting for him to pop the question and has decided to marry another man. Secondly, the major domo of his villa, Maurice Clavell, has turned the estate into a posh hotel to make some easy money while the boss isn’t around. And, finally, the current guests of the “hotel” are a group of young American girls trying to fend off a gang of oversexed boys, led by Tony, who are ‘laying siege’ at the outer walls of the villa. Talbot, to his own surprise, finds himself becoming an overprotective chaperone. Come September, the 1961 Robert Mulligan romantic sex comedy (“They were all set for champagne and candlelight… Until the ‘Campus Set’ barged in!!!”; “The romantic rendezvous that gave the Riviera its most madcap affair!!! …Especially when playboy Rock had to share his hideaway villa with a crowd of love-happy teenage tourists!”; “It’s the ‘Champagne Crowd’ vs. the ‘Campus Set’… with the Romantic Riviera as the Playground!!”; “Written by Stanley Shapiro and Maurice Richlin”) starring Rock Hudson, Gina Lollobrigida, Sandra Dee, Bobby Darin, Walter Slezak, and Bobby Dee 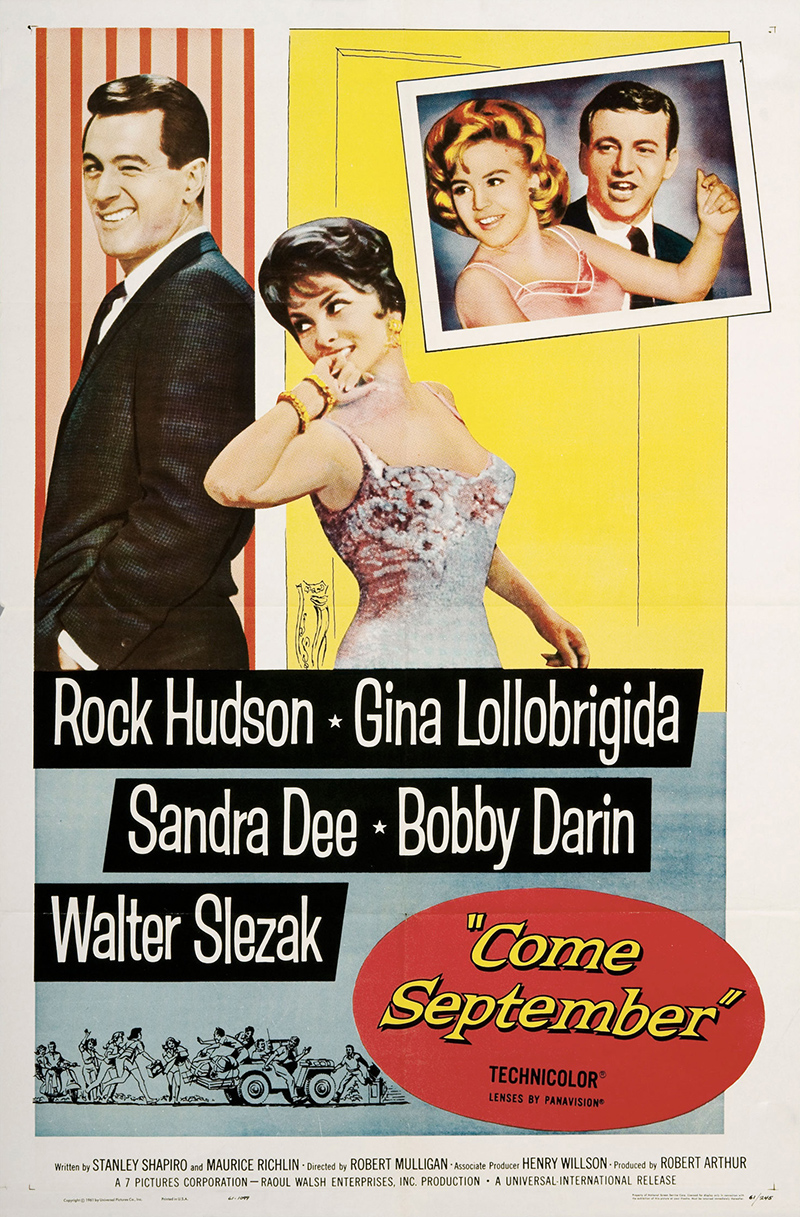