Sally Bender is the wife of a Captain in the United States Marine Corps. He is sent over to Vietnam, and Sally is alone. With nothing else to do, she decides to volunteer at a local veteran’s hospital, where she meets Luke, who went to high school with Sally. Luke was wounded and is paralyzed and confined to a wheelchair. When Sally begins to fall in love with Luke, she has to make a crucial decision about her life. Coming Home, the 1978 Hal Ashby Vietnam War military injured-veterans-trying-to-return-to-civilian-life melodrama (“A man who believed in war. A man who believed in nothing. And a woman who believed in both of them.”; “Story by Nancy Dowd”; nominated for the Best Director and Best Picture Academy Award; with cinematography by Haskell Wexler) starring Jane Fonda (as a nurse in her Best Actress Academy Award winning role), Jon Voight (in his Best Actor Academy Award winning role), Bruce Dern (in his nominated for Best Supporting Actor Academy Award role), Penelope Milford (in her nominated for Best Supporting Actress Academy Award role), Robert Ginty, Robert Carradine (best remembered for his starring role in “Revenge of the Nerds”), and Kathleen Miller 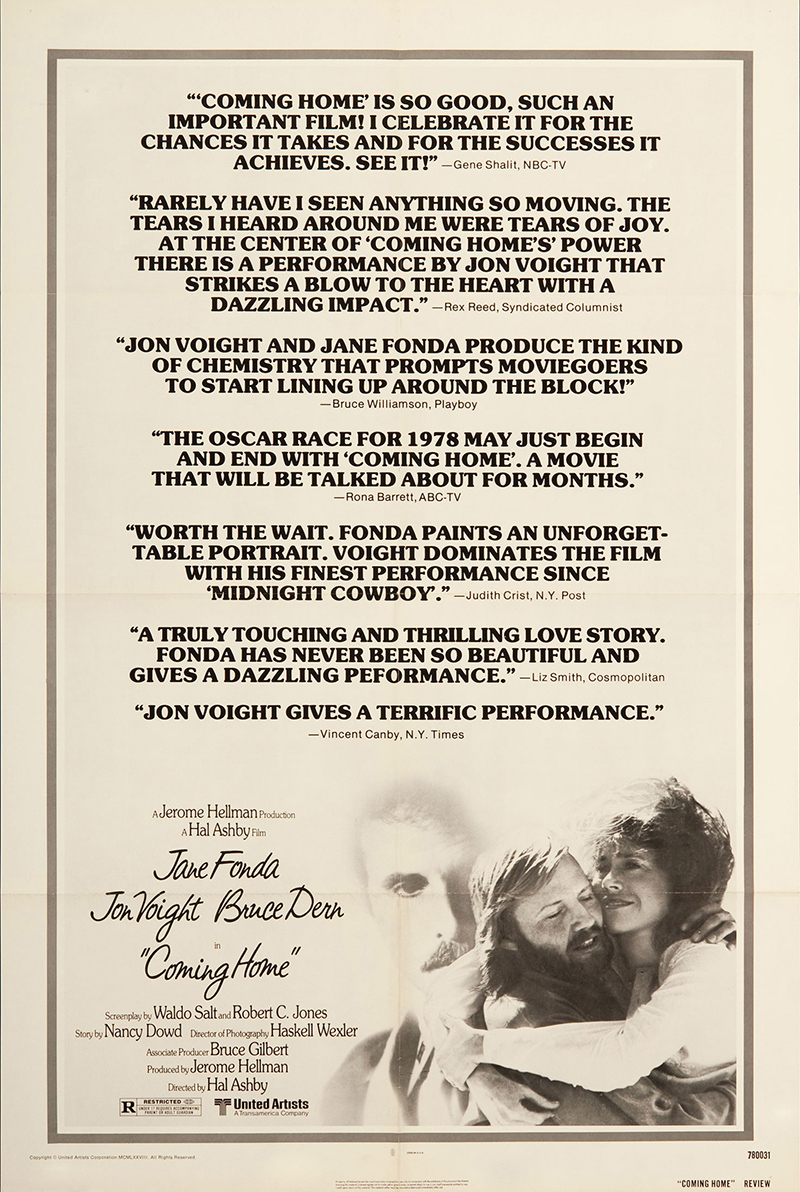