After Confederate officer Blayde Hollister’s home and family are destroyed by the Marlowe brothers during the Civil War, he swears revenge, refusing to surrender and becoming a wanted man. In order to pursue the three brothers into Texas, Hollister fakes his own death in a staged gunfight with his friend Wild Bill Hickock. He then befriends Martin Weatherby, the newly appointed U.S. Marshal to Dallas, an affable, but not very experienced lawman, who agrees to let Hollister assume his identity. The eldest of the Marlow brothers, Will, masquerades as a law-abiding real estate dealer while feigning righteous indignation over the brutal acts of lawlessness and violence visited on the honest citizens of Dallas by his sociopathic brothers, Cullen and Bryant. (Their parents were evidently fond of the renowned poet William Cullen Bryant). When Hollister becomes a rival for the affections of Weatherby’s aristocratic fiancee Tonia Robles, Martin wonders whether he should let Blayde know that he’s been pardoned and free to marry her after the Marlow’s have been defeated.

Also Featuring the Cast of Dallas 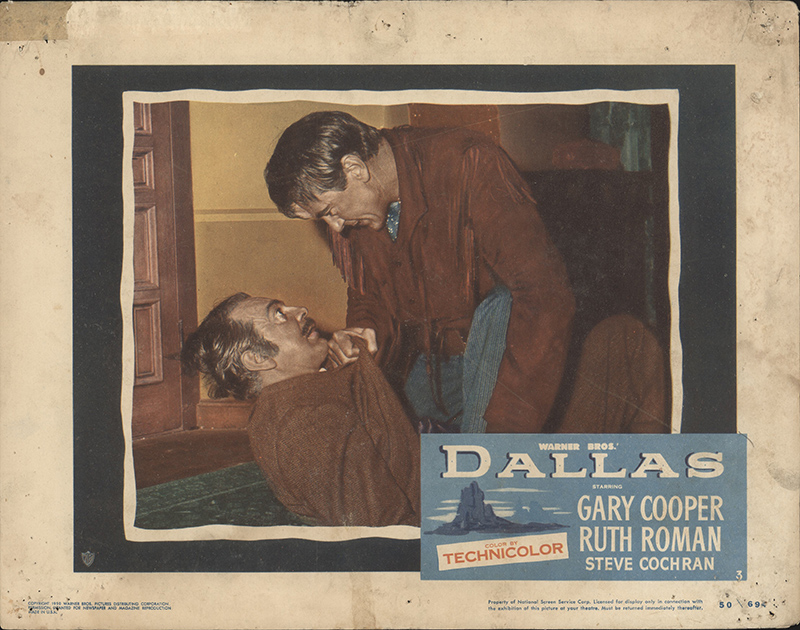