Professor Leaf, an absent-minded poet with a prejudice against the sciences, is forced to face the fact that his son is a math prodigy with little artistic talent of his own. Dear Brigitte, the 1965 Henry Koster sex comedy (“????? What’s all the noise about?????? It’s Laughter…about the funniest picture of the year!”; “A poetry-professor discovers his eight-year-old son is: 1. A mathematical genius. 2. A tone deaf musician. 3. A color blind artist. 4. Wide eyed about a 36-24-36 sex kitten called ‘Dear Brigitte’. Now add horse players, conniving teenagers, and you’ll laugh through every minute of it!”; “!!!You’ll laugh through every minute of it!!”; “What’s all the laughing… Shouting and cheering about????”; “It’s about an eight-year-old mathematical genius who writes love letters to a French Movie Queen… His poetry-professor father who has strange ideas… About his teenage sister who’s set on marrying a millionaire… About a bikini beauty who almost forgets to wear her bikini… It’s just about the funniest picture of the year…….!”; “About a poetry-professor who discovers his eight-year-old son is a mathematical genius who writes love letters to a 36-24-36 sex kitten… about the most hilarious, heart-warming family you’ve ever met!”; “C’mon along for fun with the most heart-warming family of the year!”; written by Hal Kanter;) starring James Stewart (Jimmy Stewart), Fabian (the famous teen idol singer of the 1960s), Glynis Johns, Cindy Carol, Bill Mumy (best remembered as “Will Robinson” in TV’s “Lost in Space”, and for his starring appearance on the terrifying episode of “The Twilight Zone”, where he was the little boy who sent people he didn’t like “to the cornfield”; billed as “Billy Mumy”), John Williams, Jack Kruschen, and Ed Wynn (“as The Captain”). 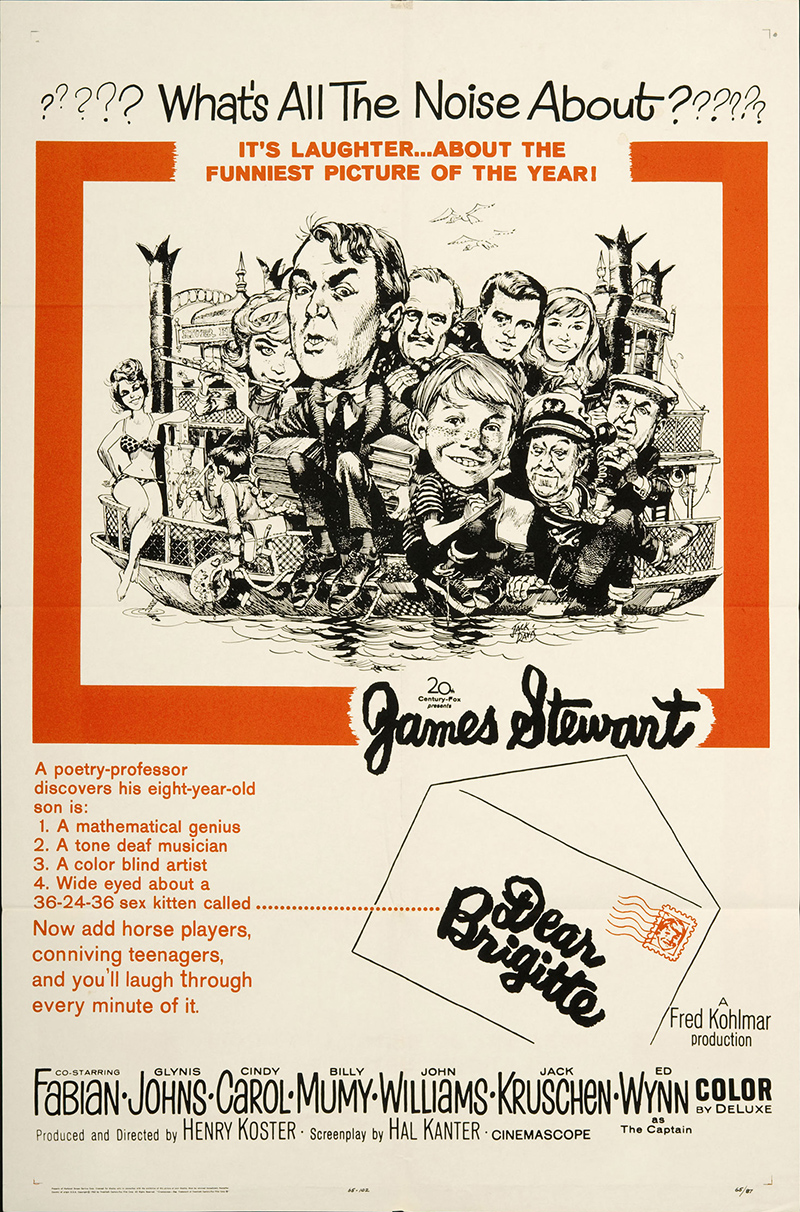