Bart Allison arrives in Sundown planning to kill Tate Kimbrough. Three years earlier he believed Kimbrough was responsible for the death of his wife. He finds Kimbrough and warns him he is going to kill him but gets pinned down in the livery stable with his friend Sam by Kimbrough’s stooge Sheriff and his men. When Sam is shot in the back after being told he could leave safely, some of the townsmen change sides and disarm the Sheriff’s men forcing him to face Allison alone. Taking care of the Sheriff, Allison injures his gun hand and must now face Kimbrough left-handed.

Also Featuring the Cast of Decision at Sundown 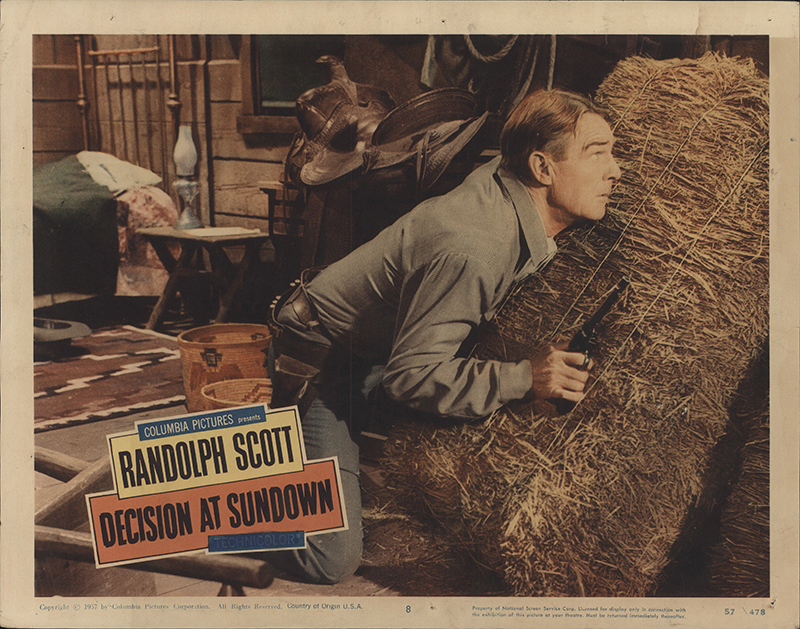 You're viewing: Decision at Sundown $40.00
Add to cart