Condition Note: Condition: Fair to Good. Some edge wear, some creasing in corners, slight wrinkling and some scuffing throughout, some staining along borders, pinhole's in center section, single-sided, stored flat

Government agent Steve Brooks, secretly the Durango Kid, rides to the border town of San Feliz after a gang smuggling silver from Mexico. All trails lead to the Lazy Zee ranch run by Betty Long, whose uncle has been killed in a mysterious manner in the ranch house cellar. Ranch cook Smiley Burnette is certain the cellar is haunted. Steve, alternating between his own identity and the Durango Kid, learns that Federal Attorney Thomas Hadley, is mixed up with the smugglers. Steve’s government agent identity is discovered and Hadley and his partner Martin try to kill him. He escapes and soon discovers that the ring leader of the gang is Angel, a seemingly sweet old lady, who supposedly has been confined to be and taken care of by Betty because her late husband was once foreman of the Lazy Zee. 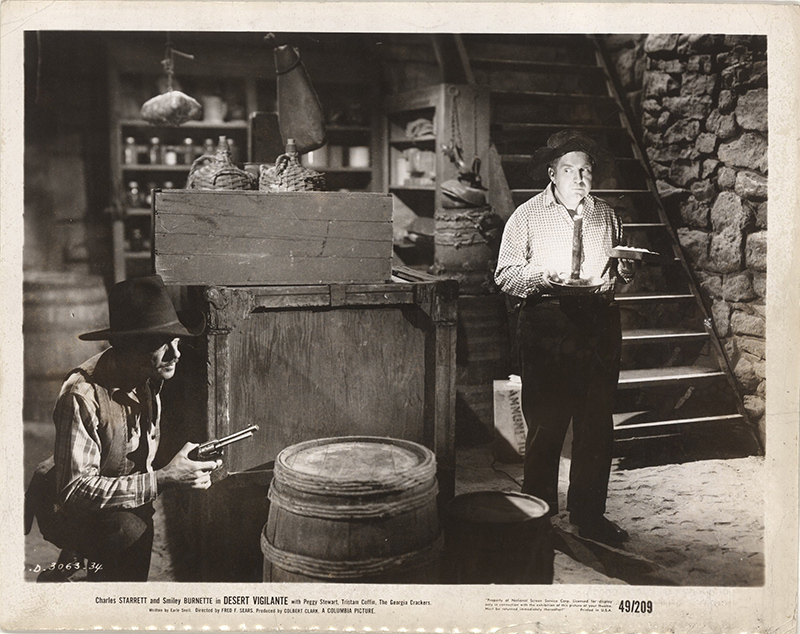