John McClane is now almost a full-blown alcoholic and is suspended from the NYPD. But when a bomb goes off in the Bonwit Teller Department Store the police go insane trying to figure out what’s going on. Soon, a man named Simon calls and asks for McClane. Simon tells Inspector Walter Cobb that McClane is going to play a game called “Simon Says”. He says that McClane is going to do the tasks he assigns him. If not, he’ll blow off another bomb. With the help of a Harlem electrician, John McClane must race all over New York trying to figure out the frustrating puzzles that the crafty terrorist gives him. But when a bomb goes off in a subway station right by the Federal Reserve (the biggest gold storage in the world) things start to get heated up.

Also Featuring the Cast of Die Hard: With A Vengeance 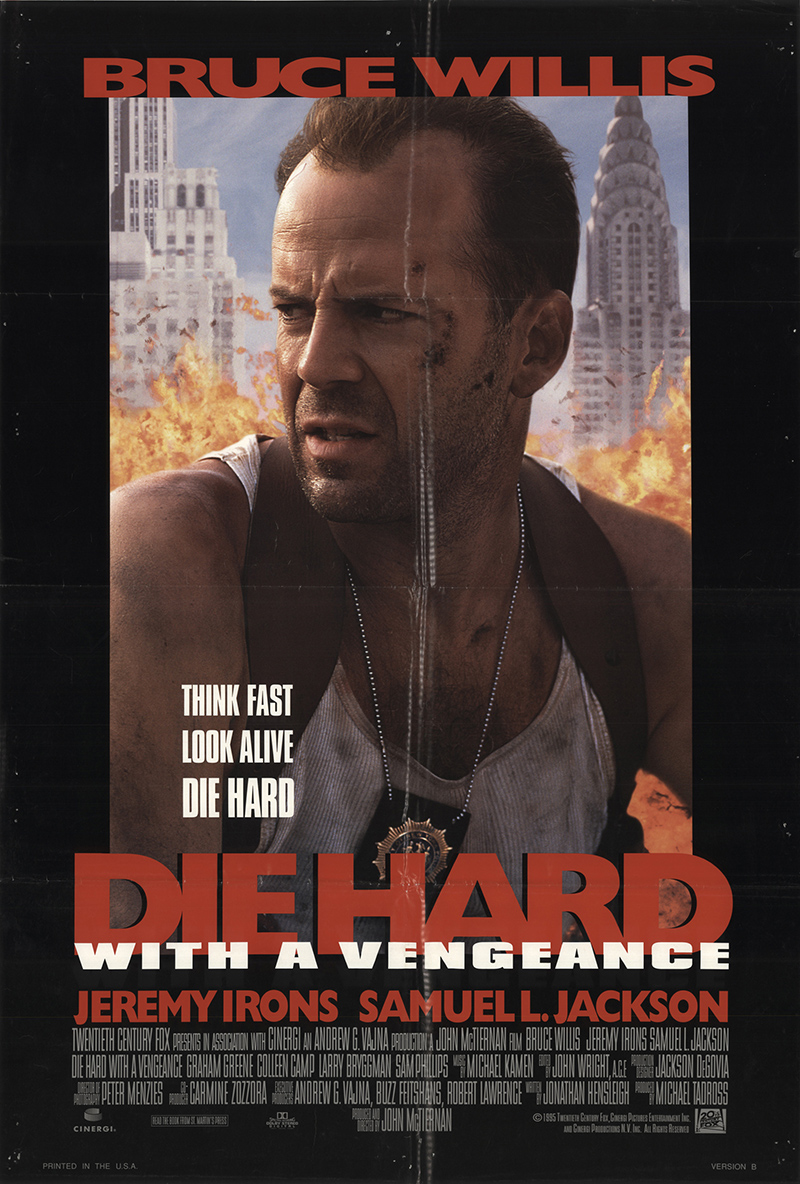