Larry Rayder is an aspiring NASCAR driver, Deke Sommers is mechanic. As they feel they collectively are the best, the only thing that is holding them back is money to build the best vehicle possible. As such, they decide to rob a supermarket’s office of the money in its safe to pursue their dream. On the most part, their robbery is successful, although their plan breaks down in its end phase, which doesn’t allow them as much getaway time as they wanted. Another problem they face is an unexpected third person in their getaway, Larry’s one night stand Mary Coombs, who doesn’t like the fact that Larry ran off on her, although she eventually also says that she doesn’t want any of the money. With a police scanner and two-way radio in their souped up Dodge Charger, they try to outrun the police, who have an identification of their vehicle, and a general description of the three. The police pursuit is led by the tenacious Sheriff Everett Franklin, who knows he and his team can catch them, but also knows that the three may be able to get out of the state to “freedom” through a grove of walnut trees, which Larry, Deke and Mary may or may not know. At every literal and figurative turn, Larry needs to show his superiority as a driver, while trying to ditch Mary, who is a little more resourceful in staying with them than he anticipates. 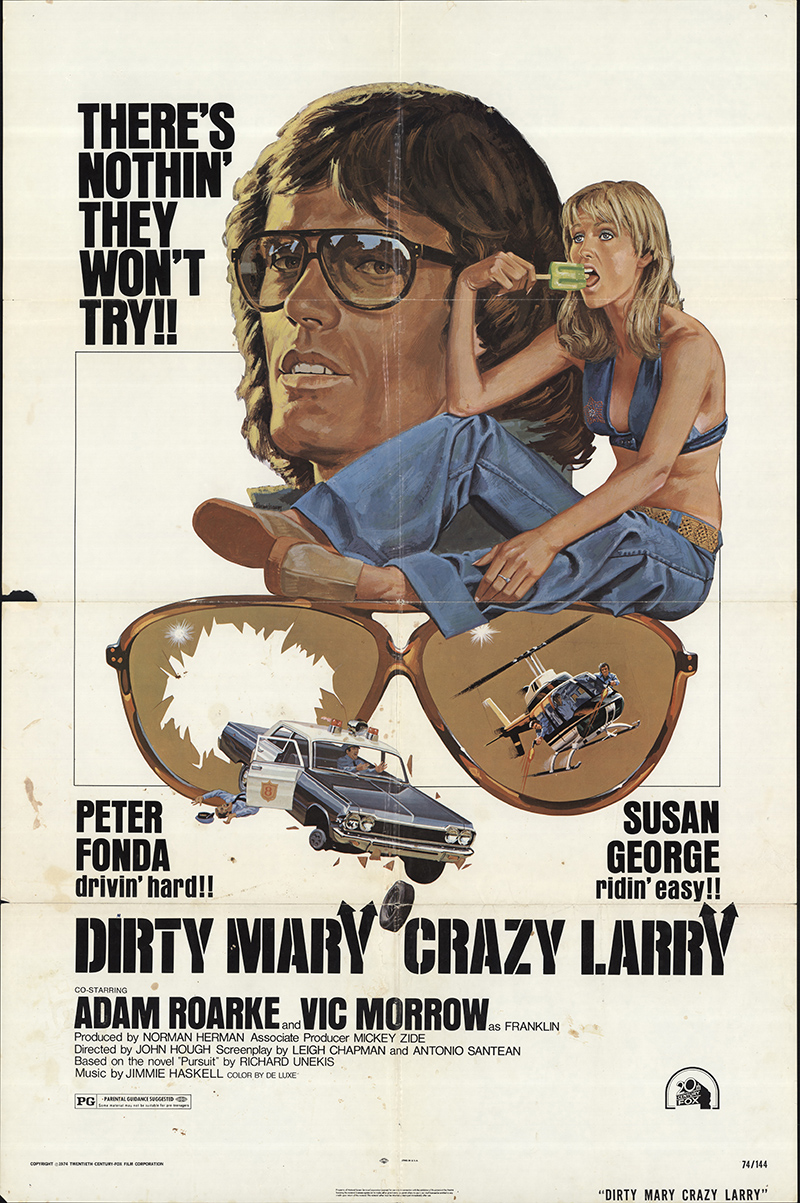