Doctor Dolittle is a world-renowned veterinarian who speaks a wide array of animal languages. He sets off from his home in Puddleby-on-the-Marsh, England, in search of the Great Pink Sea Snail. In so doing, he and his friends meet such exotic creatures as the Pushme-Pullyu and the Giant Moon Moth. This musical is the source of the hit song, “If I Could Talk To The Animals.” Doctor Dolittle, the 1967 Richard Fleischer romantic family musical fantasy adventure comedy (“The most joyous entertainment for the whole family!”; “Ride across the sea inside the Giant Pink Sea Snail!”; “Escape a shipwreck and travel on a floating island with cannibals who perform Shakespeare!”; “Join the Fabulous Circus with the only Pushmi-Pullyu in captivity”; “Learn to talk in 500 animal languages from a parrot who speaks 1000!”; “You’ve never seen anything like it in your life!”; nominated for the Best Picture Academy Award; about a man who suddenly has the ability to talk to animals) starring Rex Harrison (in the title role as Dr. Doolittle), Samantha Eggar, Anthony Newley, Richard Attenborough (“as ‘Blossom'”), and Peter Bull. 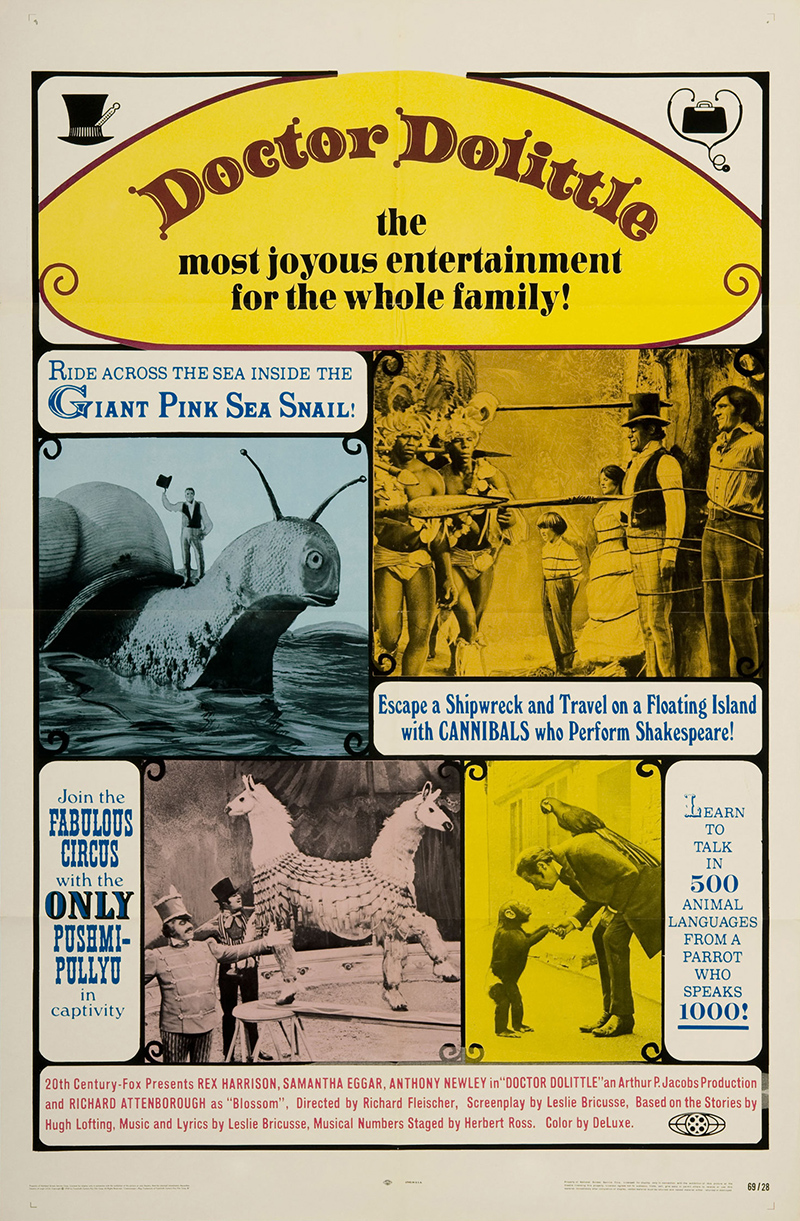