Harper is brought to Louisiana bayou country to investigate an attempted blackmail scheme. He soon finds out that it involves an old flame of his and her hellion of a daughter. What is more, he finds himself caught in a power struggle between the matriarch of the family and a greedy oil baron, who wants her property. Poor Harper! Things are not as straight-forward as they initially appeared. The Drowning Pool, the 1975 Stuart Rosenberg private-detective crime thriller sequel (“Harper days are here again!”; “Your favorite private eye is back in ‘The Drowning Pool'”; “…Just a guy trying to keep his head above water.”; “Based on the novel by Ross MacDonald”) starring Paul Newman (reprising his role as Lew Harper from the 1966 movie “Harper”, both movies based on novels by Ross MacDonald), Joanne Woodward (“As Iris”), Tony Franciosa, Linda Haynes, Melanie Griffith, and Richard Jaeckel

Also Featuring the Cast of The Drowning Pool 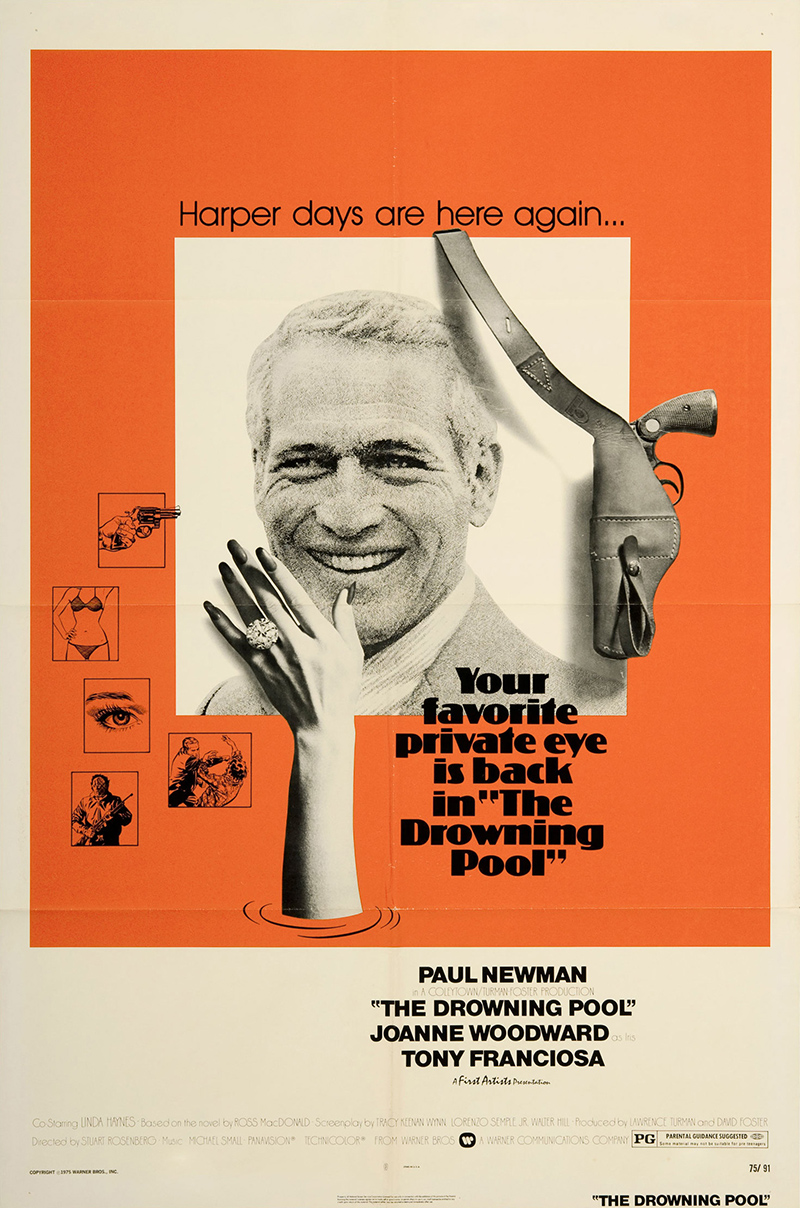