Originally meant to be the pilot for a hopeful new TV series, meant to follow the adventures of a family of aliens trapped on Earth, and the two Earthlings they live with. This pilot opens with a boy and his grandfather struggling to keep their hotel in business. When a UFO passes over the town and crashes nearby, the pair decide to stay home while the rest of the townspeople go investigate. Shortly afterwards, an alien family staggers out of the woods asking for protection from both the mob of civillians and the government agents searching for them. Granddad and grandson agree, disguising the aliens as humans and teaching them how to blend in on Earth. Earthbound, the 1981 James L. Conway science fiction (sci-fi) comedy (“First their UFO conked out over California… Next they couldn’t get spare parts… And now the aliens are stranded”; “A very spacey comedy”; “Written and Produced by Michael Fisher”) starring Burl Ives, Christopher Connelly, Meredith MacRae, Joseph Campenella (as Conrad), and Marc Gilpin

Also Featuring the Cast of Earthbound 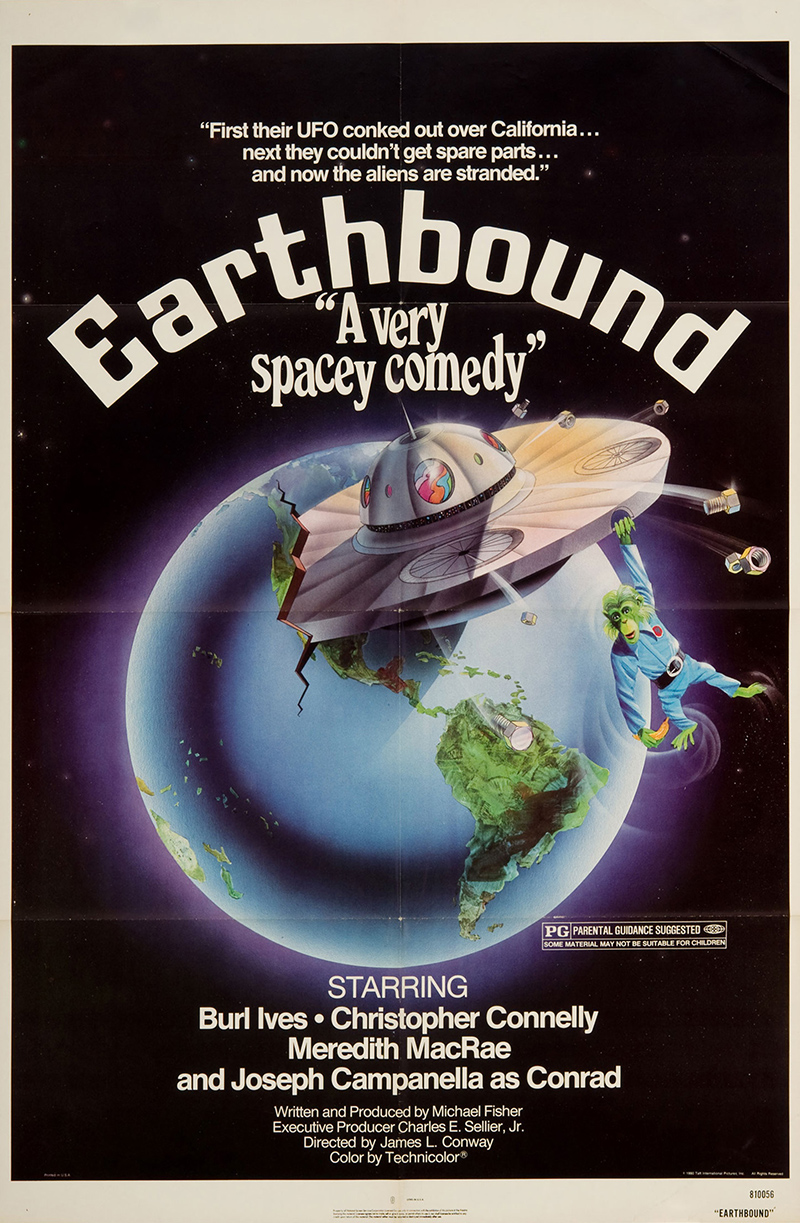