Industrial designer Howard Osborne (Clifton Webb) wants his daughter Jacqueline (Anne Francis), shortened to Jake by her efficient-minded father, to follow in his footsteps and study abroad. But, following her graduation dance, she finds herself in the arms of and in love with her psychology professor, Matt Reagan (William Lundigan), and they decide to elope, telling only her godfather. He, when the Osbornes discovering Jake missing, tells them of her plans. They descend furiously on the Reagans, only to find Matt’s father, (Tom (Charles Bickford), equally upset at the news. The two families, with a great dislike for each other, start off for a marriage mill across the state line, and join forces when the Reagan car breaks down. Meanwhile, Jake and Matt quarrel and decide they have made a mistake and start for home.

Also Featuring the Cast of Elopement 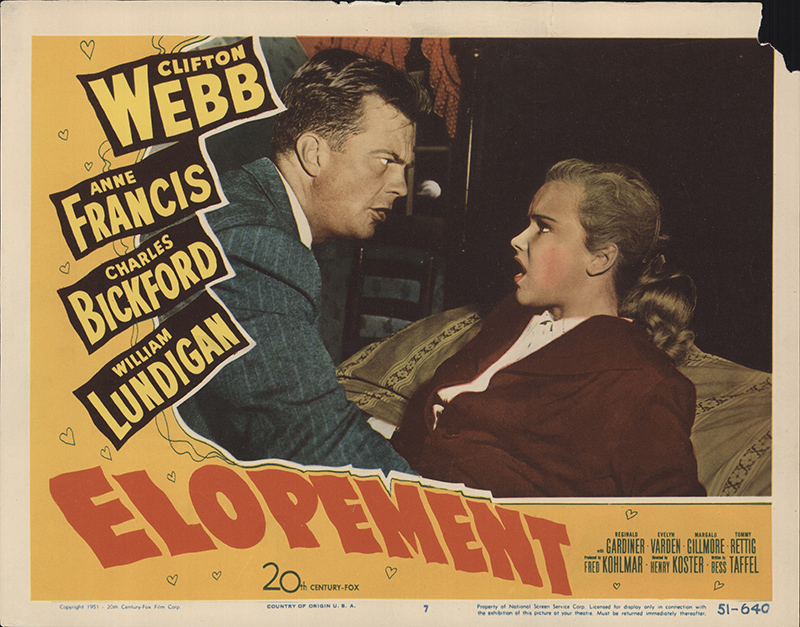