U.S. Marshal deputy John Kruger is one of the toughest Marshals, his methods are to “Erase” The identities of his witnesses he is assigned to protect. Meanwhile, a woman named Lee Cullen who works for a corporation named Cyrez performed an undercover job for the FBI to unveil a top secret weapon which uses an electromagnetic pulse to dispatch targets. Cyrez discovered this about Lee and are now out to kill her, Kruger’s job is now to protect Lee so she can testify against Cyrez. But, when Kruger was assigned to perform a job with another Marshal named Robert Deguerin, he discovers that Deguerin is behind some kind of scam that will involve the EM Gun, which will change hands to a Russian criminal if Kruger does not stop them, Kruger must not only protect Lee’s life but his own.

Also Featuring the Cast of Eraser 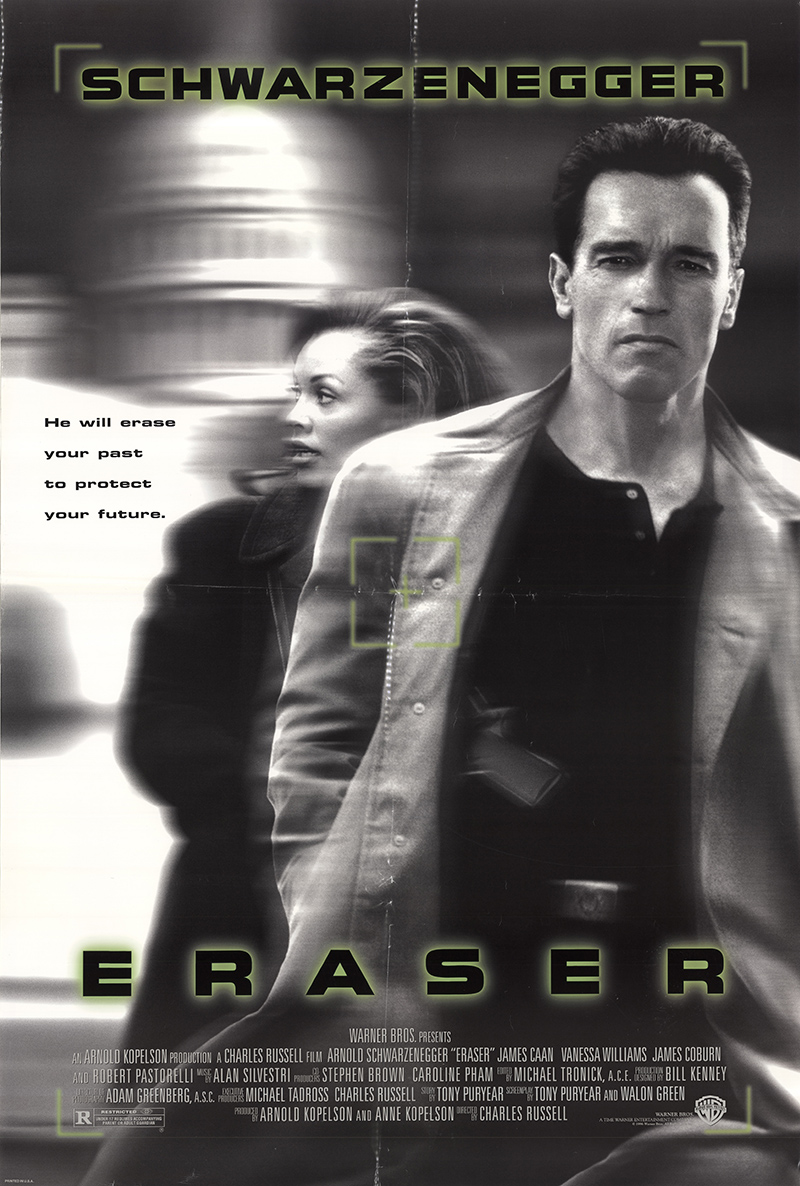