A dramatization about how the high level covert conspirators in the JFK assassination might have planned and plotted the assassination based on the data and facts of the case. It posits that a covert group of rogue intelligence agents, ultra-conservative politicians, unscrupulously greedy business interests, and free-lance assassins become increasingly alarmed at President Kennedy’s policies, including his views on race relations, winding down the Vietnam War, and ending the oil depletion allowance. They decide to terminate him through an “executive action” utilizing three teams of well-trained snipers during JFK’s visit to Dallas and place the blame on supposed CIA operative Lee Harvey Oswald as the lone assassin. 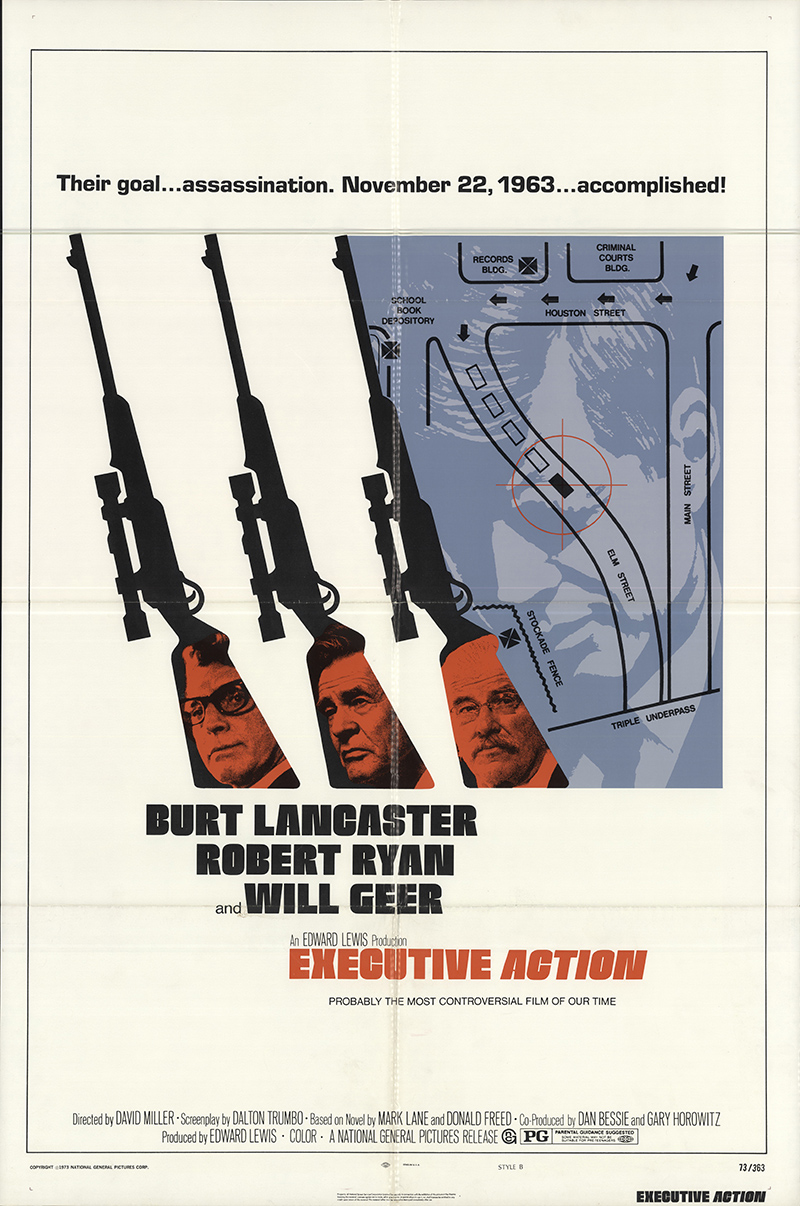