Lt. Commander Finchhaven, a ghostly relic from the First World War, he had fallen down dead drunk on his first assignment and been consigned from the great beyond to sail the seas until a further opportunity arises to redeem his actions. During the Second World War, he is encountered by a quartet of American seamen that includes Lt. Morton Krim and cook W.J. Oglethorpe. A deal is completed whereby the men will help re-float Finchhaven’s command in return for a passage to Australia. They raid a village to secure batteries for the engine and come upon the feisty Jennifer Winslow who offers them aid in return for a passage with the crew. Eventually they reach the open sea. Finchhaven’s ghostly status is revealed and Lt. Krim and Jennifer help him to sink a Japanese cruiser. The Extraordinary Seaman, the 1969 John Frankenheimer Naval seafaring comedy (“Stowaway… Sail Away.. Laugh Away… Love Away… With Dunaway!”; “She’s the beauty who shapes-up the ship …the captain …and the crew …on the most extraordinary mission of World War II!”; “Fun-away with Dunaway!”; “We would like to thank Adolf Hitler, David Niven, Joseph Stalin, Faye Dunaway, Tojo, Mickey Rooney, Jack Carter, Alan Alda, John Frankenheimer, and the millions of Nazis, Japanese, and Americans who made this picture possible.”) starring David Niven, Faye Dunaway, Mickey Rooney, Jack Carter, Alan Alda (best remembered as the star of TV’s “M*A*S*H”), and Juano Hernandez (famed Puerto Rican black actor, who many consider to have helped pave the way for black African-American actors to gain acceptance in mainstream Hollywood movies)

Also Featuring the Cast of The Extraordinary Seaman 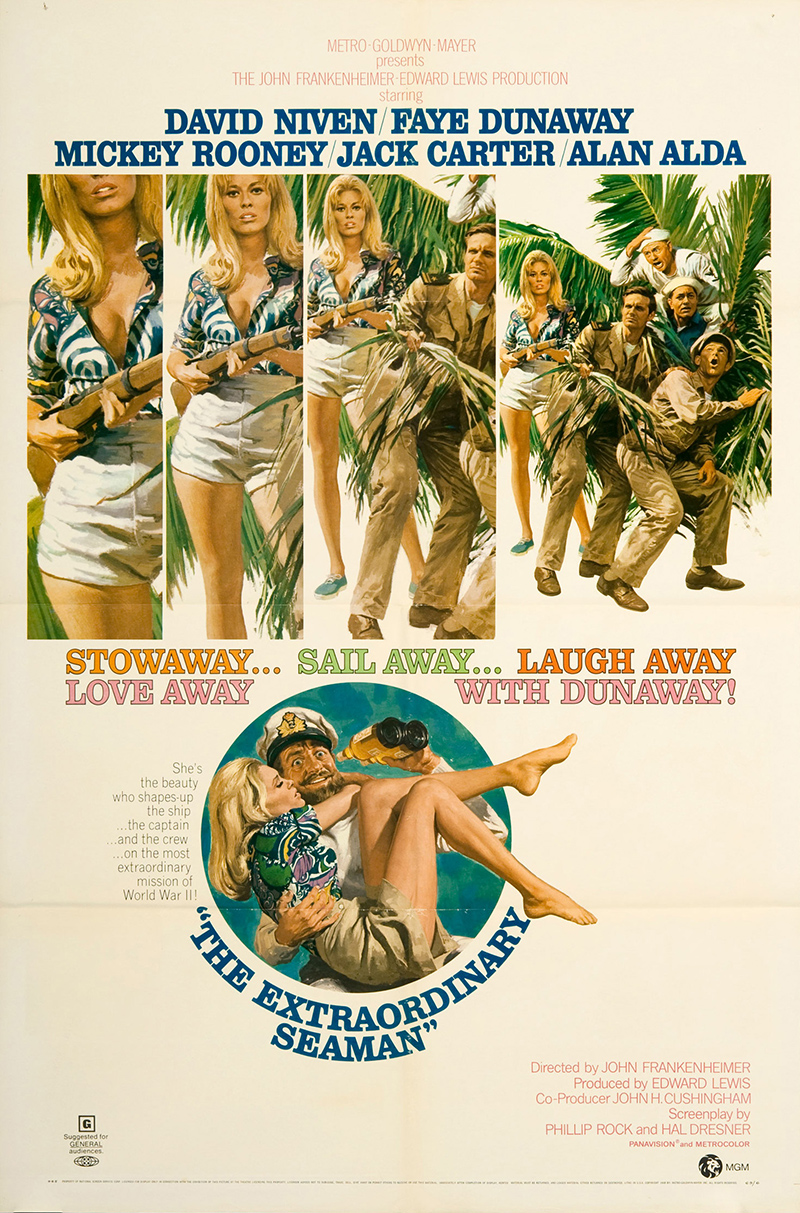 You're viewing: The Extraordinary Seaman $30.00
Add to cart