Disney animators set pictures to Western classical music as Leopold Stokowski conducts the Philadelphia Orchestra. “The Sorcerer’s Apprentice” features Mickey Mouse as an aspiring magician who oversteps his limits. “The Rite of Spring” tells the story of evolution, from single-celled animals to the death of the dinosaurs. “Dance of the Hours” is a comic ballet performed by ostriches, hippos, elephants, and alligators. “Night on Bald Mountain” and “Ave Maria” set the forces of darkness and light against each other as a devilish revel is interrupted by the coming of a new day.

Also Featuring the Cast of Fantasia 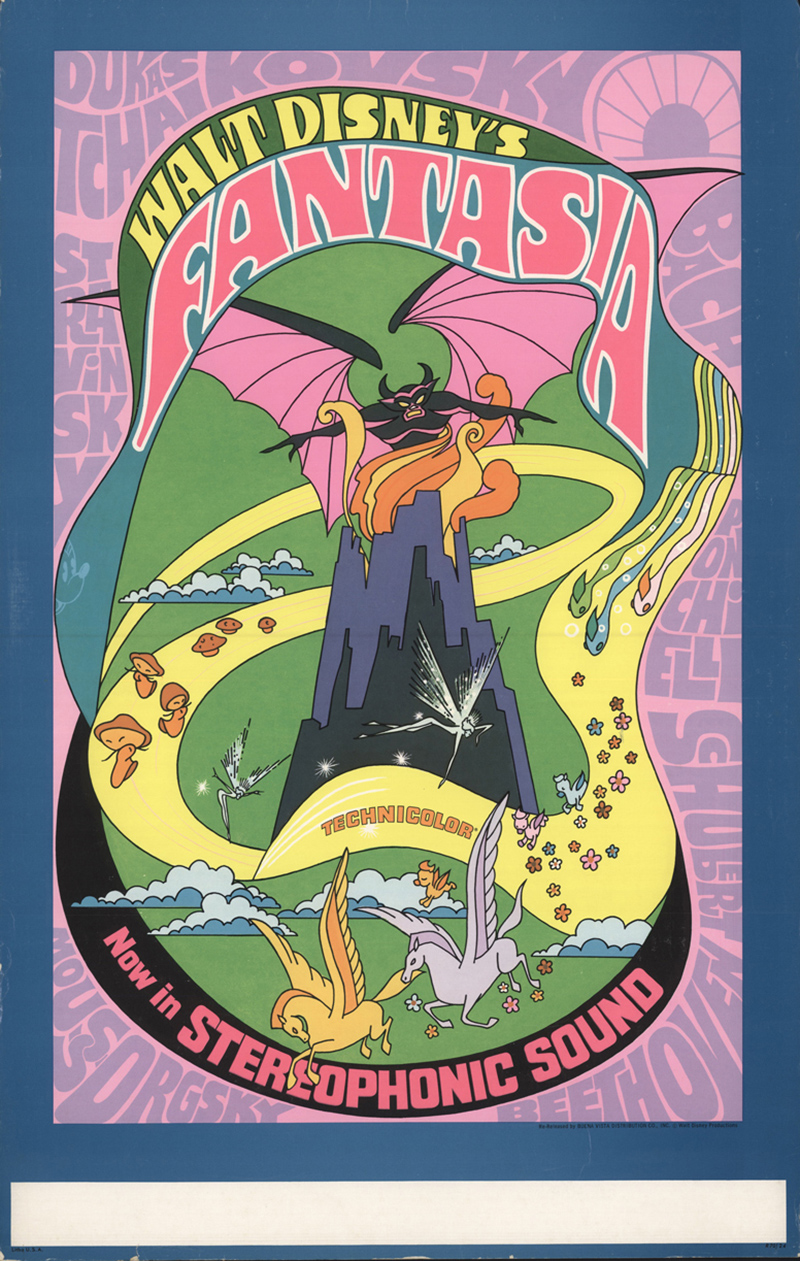