Ann Fenwick is a witness to a bank robbery in the U.S. and the bandits, led by Trigger (Warner Richmond) and Leon (Ted Adams) capture her and when she disappears, a warrant is issued for her arrest as a material witness. The bank robbers flee across the border into Canda where they steal a trailer in which they lock Ann and the loot. The hitch breaks and the trailer plunges into a lake. Sergeant Renfrew (James Newill) and Constable Kelly (Dave O’Brien), of the Canadian Mounties,rescue Ann and she tells them she is a hitch-hiking tourist and gives a false name. Renfrew sends Kelly for aid, Ann escapes and Kelly returns with the news that she is wanted. The leader of the gang, Cardigan (Milburn Stone), sends the gang back for Ann and the loot, which Ann has hidden in a trappers cabin, just before Trigger recaptures her. Renfrew goes to her rescue, but is also captured. But reliable Constable Kelly is somewhere in the woods. 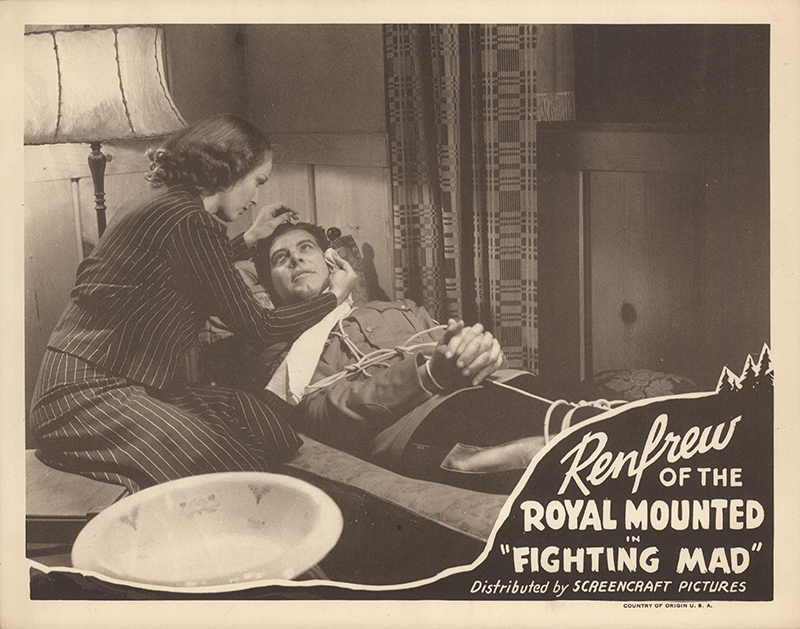