“Sach” has become a camera fiend so, in the pursuit of some ready cash, “Duke” takes him and his photographs to the editor of the New York Morning Blade, Mr. Ray Vance. He hires them to get some photos of gangland boss Frankie Arbo but Mr. Arbo does not care to have his picture in the papers and dislikes cameramen for the same reason. “Sach” and “Duke” pose as interior decorators in the penthouse of Mae Randall in order to get photos of Arbo. Later, at Arbo’s night club, the boys learn that the gangster is importing a tough hoodlum from Chicago. “Sach” and “Duke” lure the visiting gunman, Handsome Hal Lomax to Mrs. Kelly’s boardinghouse and trick him into staying there through false police calls. “Sach” masquerades as Handsome Hal and gets away with it, and he and “Duke” manage to get into Arbo’s inner office with the Boss and his henchmen, and the boys are cut into the gang’s racket, which is counterfeit money. Then Handsome Hal shows up and things are getting dicey for the boys until Handsome Hal’s jilted sweetheart, Dolly Tate makes her appearance, and she is so put out with getting jilted by the real Handsome Hal that she identifies “Sach” as the real Handsome Hal, and fingers Handsome himself as the impostor.. “Sach” has been taking photos with a miniature camera hidden in his cigarette holder, but accidentally unloads the camera, and the film falls out, exposing the boys and the film. 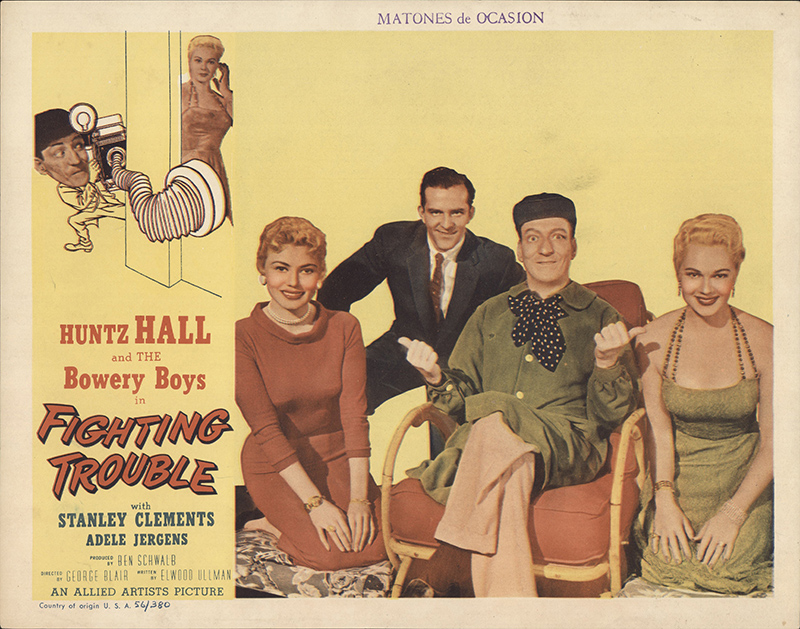