While widowed Porter Ricks is away at school learning to be a park ranger, his teen-aged son, Sandy, under adult supervision from a neighbor, remains at the family home in the Florida Keys with his pet dolphin, Flipper. While Po (as Porter is called by most) is away, Sandy learns that the family home, built on state land, is being torn down to make way for a highway. In turn, Sandy would be sent to live with relatives, while Flipper would be sent to the seaquarium permanently. Not wanting to be separated from Flipper, Sandy, using his skiff, runs away with Flipper. A distraught Po returns home to look for his son. Meanwhile, the Hopewell family from Britain are vacationing in the area. Their sailboat is hijacked by three escaped convicts, who take the father, Halsey, hostage, and set the three Hopewell women – mother Julia, and teen-aged daughters Gwen and Penny – adrift, they who eventually land on the island where Sandy is hiding. Not wanting to be detected since he doesn’t want to be sent home, Sandy and Flipper secretly do whatever they can to help the women, Penny the only one who knows about Sandy and Flipper. When the convicts realize that their hostage is wealthy, they figure that they would be better off with all four Hopewells as hostages in exchange for ransom. But when the convicts return to the island, Sandy and Flipper are waiting. 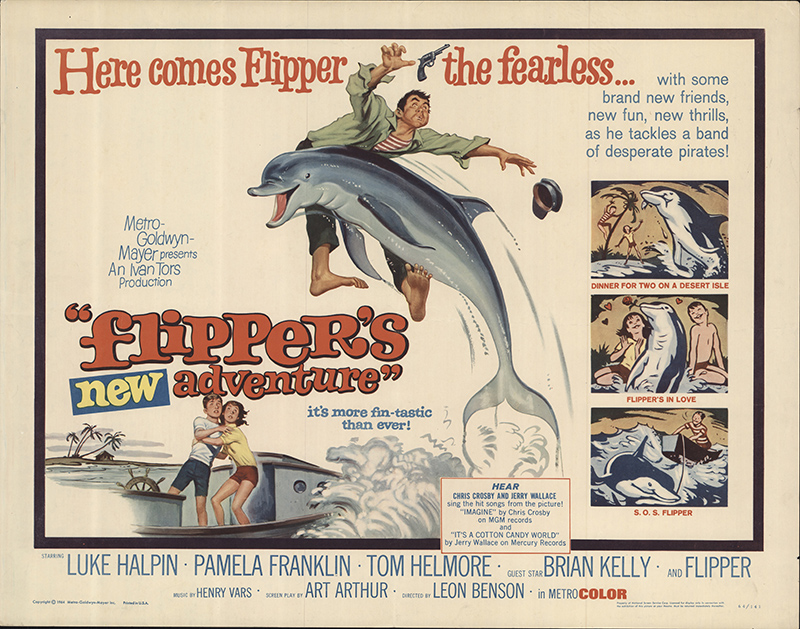