Seth Brundle was a renowned scientist whose warped experiments with teleportation transformed him into a man/fly hybrid called BrundleFly. A few months after the BrundleFly insect met its demise by his lover’s, Veronica, shotgun, she dies while giving birth to their son, Martin. Seth’s corrupt employer, Bartok, adopts Martin, only so Martin can solve the new problems that the still-functioning TelePods present and to use him as a science project because of the dormant insect genes. Martin is now fully grown, even though he is five, and the fly genes begin to awaken and make him just like dear, dead dad. With the help of his girlfriend, Beth, they go to wherever they can find a possible cure before Bartok finds them and brings them back, but not before Martin finishes his transformation into MartinFly, the deadliest of the BrundleFly species.

Also Featuring the Cast of The Fly II 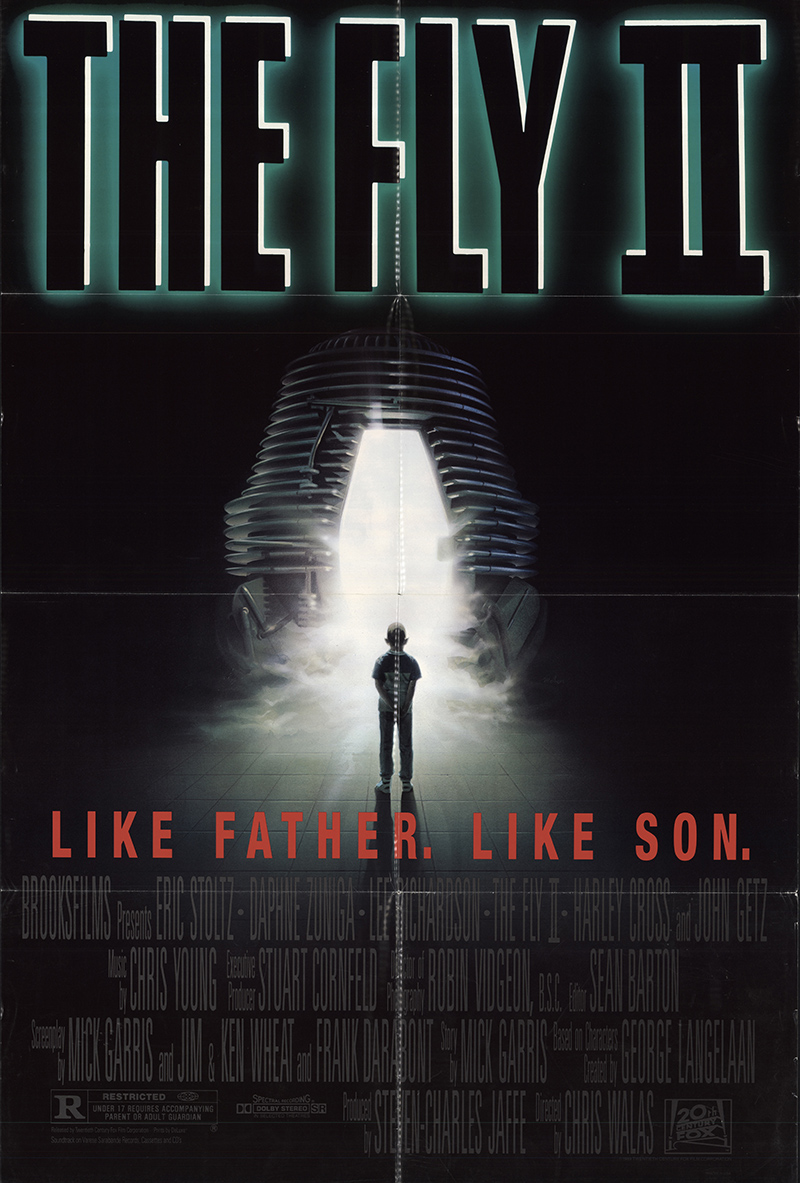