(1 Sheet Advance) During World War II, several oddly assorted military experts are teamed in a mission to raid and destroy a bridge vital to enemy strategy. Alistair MacLean’s Force Ten From Navarone, the 1978 Guy Hamilton English World War II (WWII) military action thriller (“Not since ‘The Guns of Navarone’ has there been a force like… ‘Force 10 From Navarone'”; “There has never been a force like Force 10 From Navarone”; “Based on the novel by Alistair MacLean”) starring Robert Shaw (“From ‘Jaws’ & ‘The Deep'”; “deeper in danger than ever before”), Harrison Ford (“From ‘Star Wars'”; “defending himself in a different kind of War”), Barbara Bach (“From ‘Spy Who Loved Me'”; “the Spy everyone still wants to love”), Edward Fox (“From ‘A Bridge Too Far'”; “going as far as he can to blow more than a bridge”), Franco Nero (“From ‘The Pirate'”; “as the treacherous Lescovar”), Carl Weathers (“From ‘Rocky'”, “fighting on rough ground again”, black African-American actor best-remembered as Apollo Creed in the “Rocky” movies), Richard Kiel (7’2″ actor, best remembered as “Jaws” in the James Bond movie “Moonraker”, and for playing the lead alien “Kanamit” in the classic “Twilight Zone” TV episode, “To Serve Man”), and Alan Badel 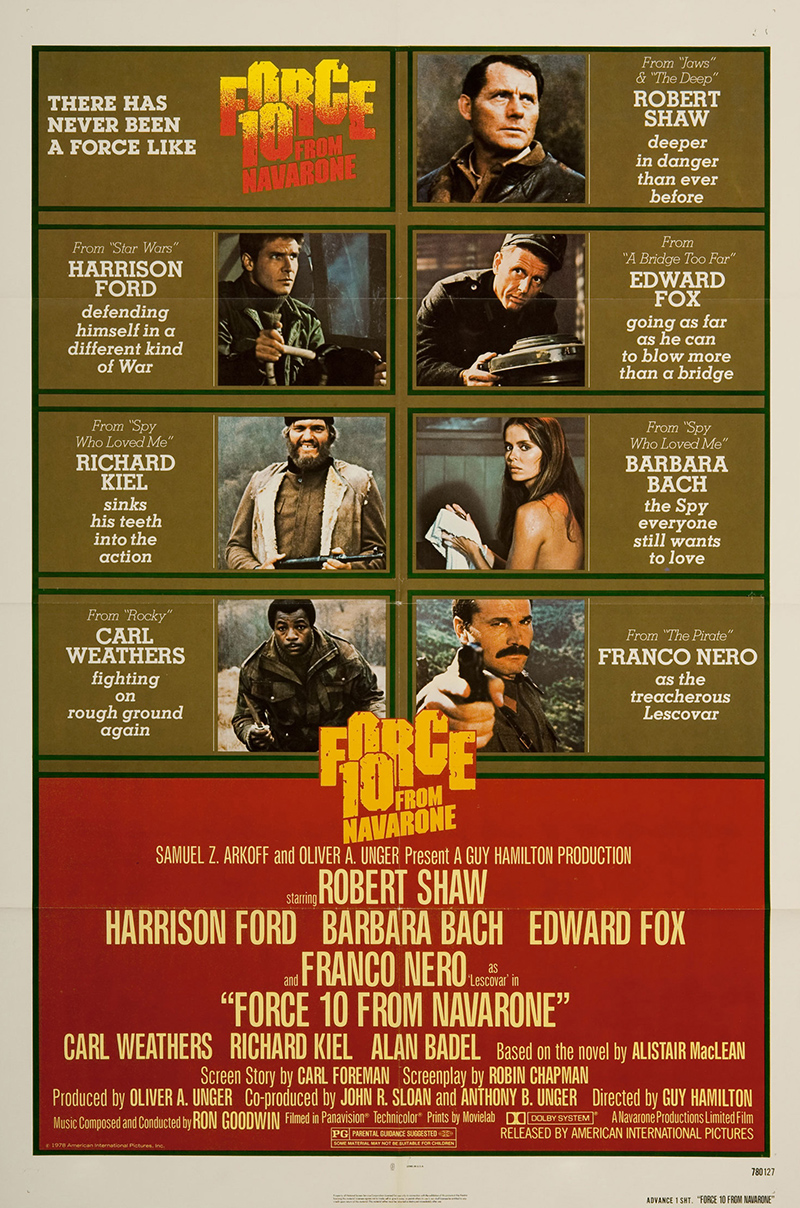