“Nevada” (Buster Crabbe) and “Weary” Pierce (Syd Saylor)hijack the loot taken in a bank hold-up by Les Setter (Harvey Stephens), and his gang. They escape from Sheriff Jim Henry Warner (Lew Kelly). U. S. government horse-buyer David Ward (Purnell Pratt)is killed by Settler’s men and Settler takes his papers and goes to the ranch of Blaine (William Duncan) and asks for the horses Ward was to buy, promising payment from the government later. He also takes an interest in Ina Blaine (June Martel), much to the resentment of her sweetheart Ben Ide (John Patterson). “Nevada” and “Weary” are hired for the horse round-up but Setter has them and Ben arrested on a fake charge. Wil the aid of the camp cook, Millie Moran (Ruth Warren) they escape and start in pursuit of Setter and his gang. 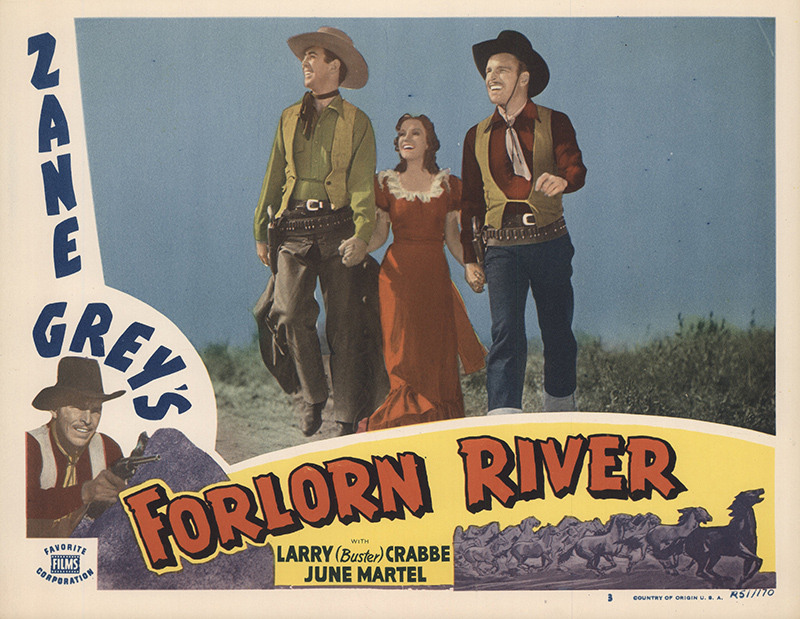