Condition Note: (VG-F) Pinholes on upper left and right corners and lower center in the title, in color. The entire left side border has a blue hue, from some sort of ink/color transfer. Some blue faintly visible along the bottom edge as well. Folded

During the Indian Wars in the Southwest, a sergeant assumes command of a cavalry detachment after it is mauled in an Apache ambush that killed its captain and seriously wounded its lieutenant. The surviving troopers must reach either a larger cavalry column or a wagon train the column is to escort. But first they need water and the nearest water hole is in Apache hands. Fort Massacre, the 1958 Joseph M. Newman Native American Indian cowboy western (“The West unholsters its most savage story!”; “The West has never known a hero like the killer who commanded Fort Massacre.”; “Fort Massacre is Mighty!”; “Written by Martin N. Goldsmith”) starring Joel McCrea (he is well remembered as a durable leading man of the late 1930s and early 1940s, but he was far from an overnight success; he made his first movie in 1927, but it took five years and 20 movies until he became a leading man, and even then, he tended to play the male lead to a stronger female actress; unfortunately, he lost many great parts to Gary Cooper, and played a lot of parts that Cooper turned down; but he had many very memorable performances, and continued acting all the way to 1976, with a very memorable performance as an aging cowboy in 1962’s “Ride the High Country”), Forrest Tucker, Susan Cabot, John Russell, and George N. Neise 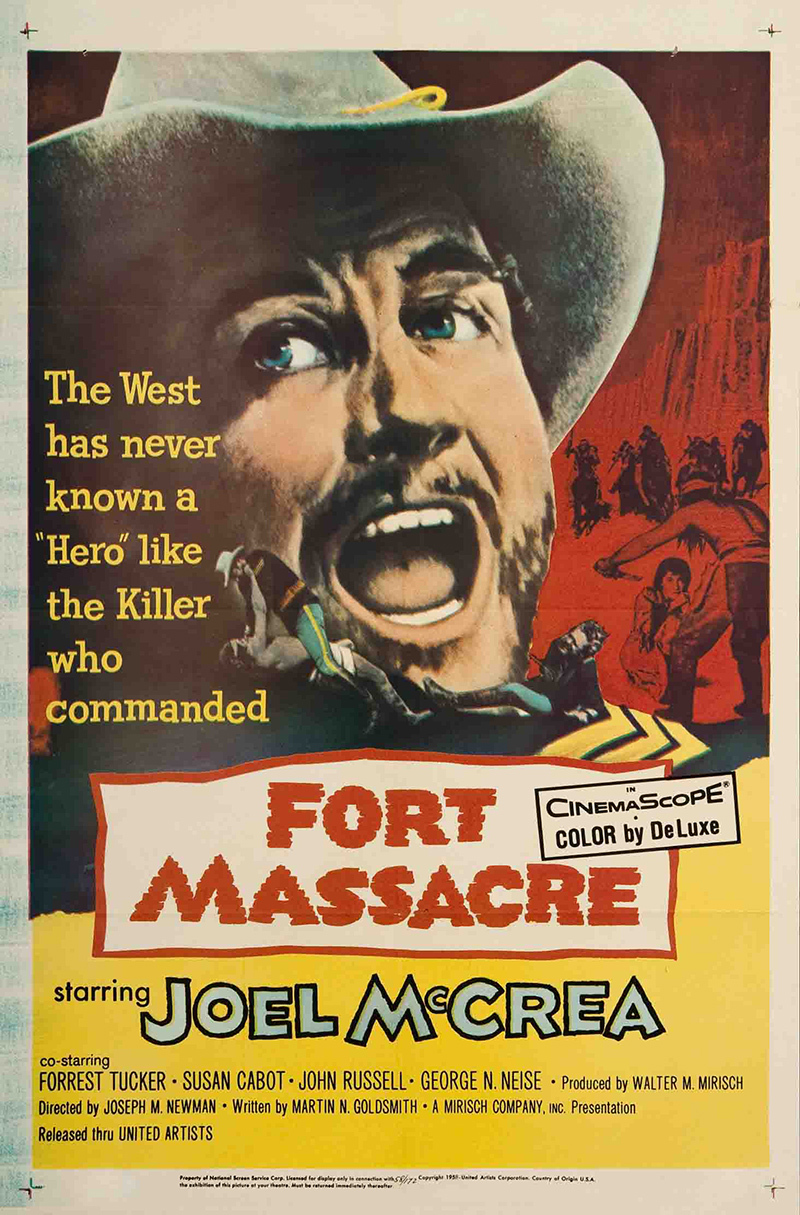