Steve Drake/The Durango Kid is commissioned by the Army to track down a band of desperado’s who have escaped from the stockade at Fort Savage. The gang is led by ex-army Captain Craydon who is embittered as he blames the Army for his young son’s death. A pompous young Lieutenant, son of the fort commander Colonel Sutter, is placed in charge of the bandit-chasing group that includes Steve, his pal Smiley and an old scout known as Old Cuss. His conceit and contempt of the civilians nearly leads to disaster. 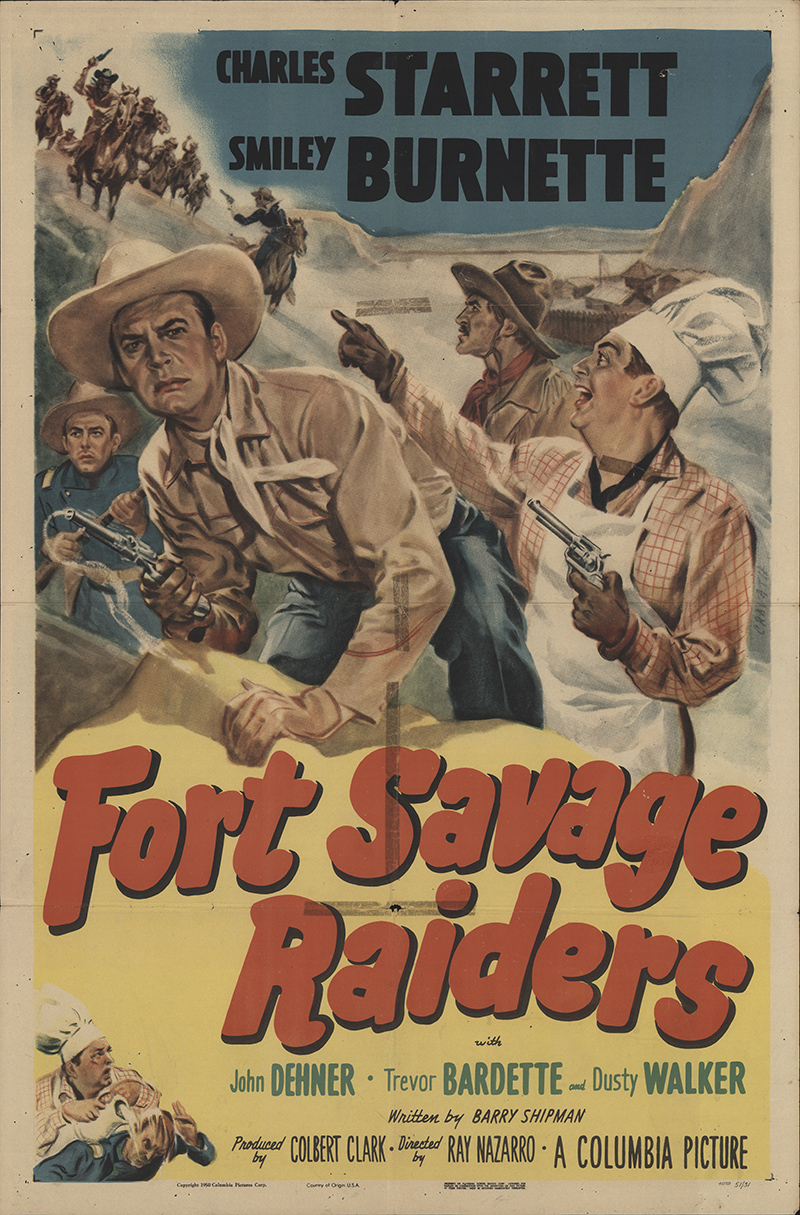