KGB agent Major Valeri Petrofsky has been reassigned at the request of the KGB Chairman for a secret mission wherein he is sent to England to establish a residence near an American military base and receive various items from couriers from the USSR. John Preston is the top British spy catcher, currently at odds with his superior because he doesn’t lick his boots. After he conducts an operation without his superior’s permission caused his superior some embarrassment, he is reassigned to the menial task of overseeing airports and ports. One day one the couriers Petrofsky was expecting comes off a freighter has an accident which leaves him dead. Preston is informed by the pathologist that the man is not a seaman so Preston goes through his things and finds that he was carrying something which he is told is an atomic bomb component. Preston now suspects that someone is bringing in parts for an atomic bomb, his superior doesn’t want to let Preston be proven right so he doesn’t authorize further action and suspends Preston. But a man who works with intelligence approaches Preston saying he might be right because a sleeper transmitter went active twice once probably to alert Moscow that he is in place and the second sent after the man’s death probably to inform that the component he was delivering wasn’t received. So the man offers to let Preston find the man who is bringing in the bomb. And back in the USSR, Petrofsky’s boss is so disgruntled that Petrofsky and so much of his department’s resources are being taken by the Chairman for his op, that he calls his old friend, the Vice-Chairman of the KGB, to find out what’s going on because he believes that the Chairman wouldn’t be able to do any of these things without his friend’s input. But his friend is just as incredulous as he is. So he tries to find out what the Chairman is up to.

Also Featuring the Cast of The Fourth Protocol 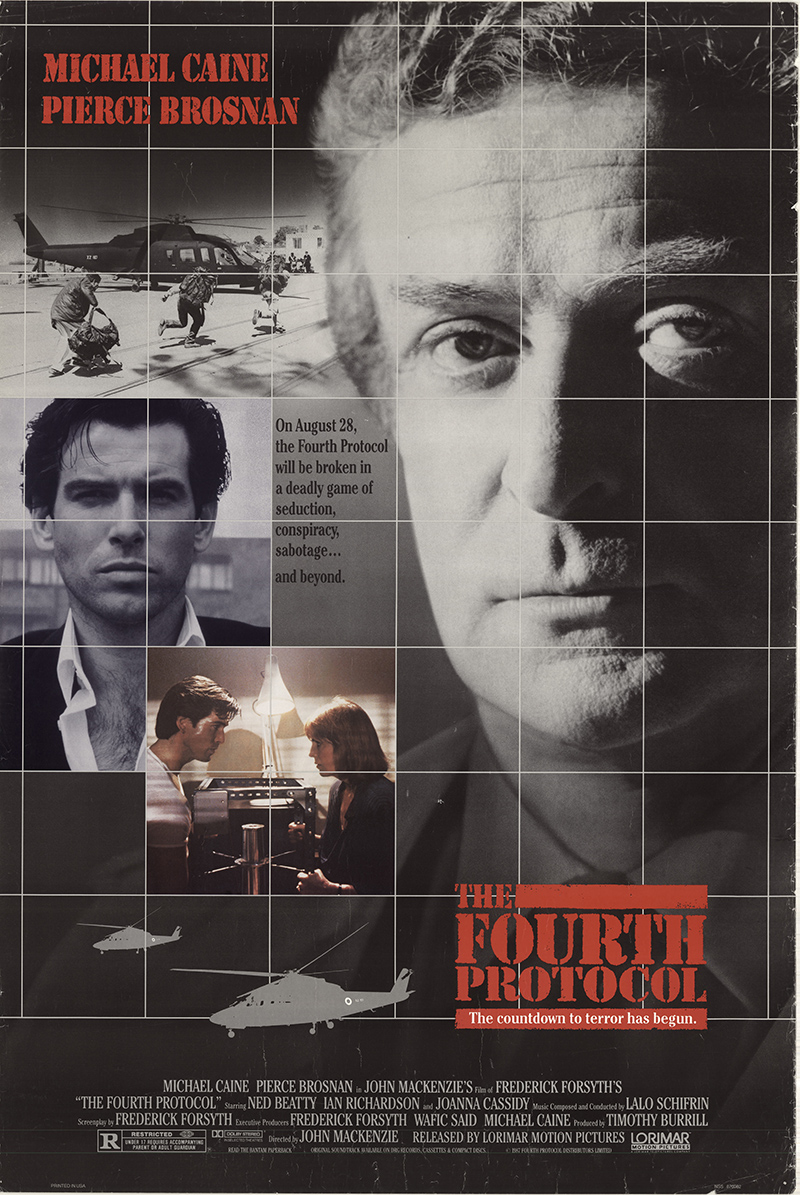 You're viewing: The Fourth Protocol $25.00
Add to cart