Frances Farmer, a precocious Seattle teenager, takes unpopular social and political positions, to the mixed reactions of her parents. Frances becomes an actress and has some strong success in New York, but her refusal to bend her convictions and her outspoken (but sometimes naive) political expressiveness cause her difficulties, especially after she accepts a Hollywood contract. Torn between new-found success and intense feelings that she does not deserve the riches and fame she gains from the phoniness of Hollywood, Frances butts heads with studio executives and with her own mother, who revels in Frances’s fame but provides Frances no emotional support. When drunken fights and arrests derail her career, Frances is sent to a psychiatric hospital with the acquiescence of her mother. What follows is a nightmare of poor treatment and psychological trauma, augmented by the increasing determination of Frances’s mother to control her daughter’s life.

Also Featuring the Cast of Frances 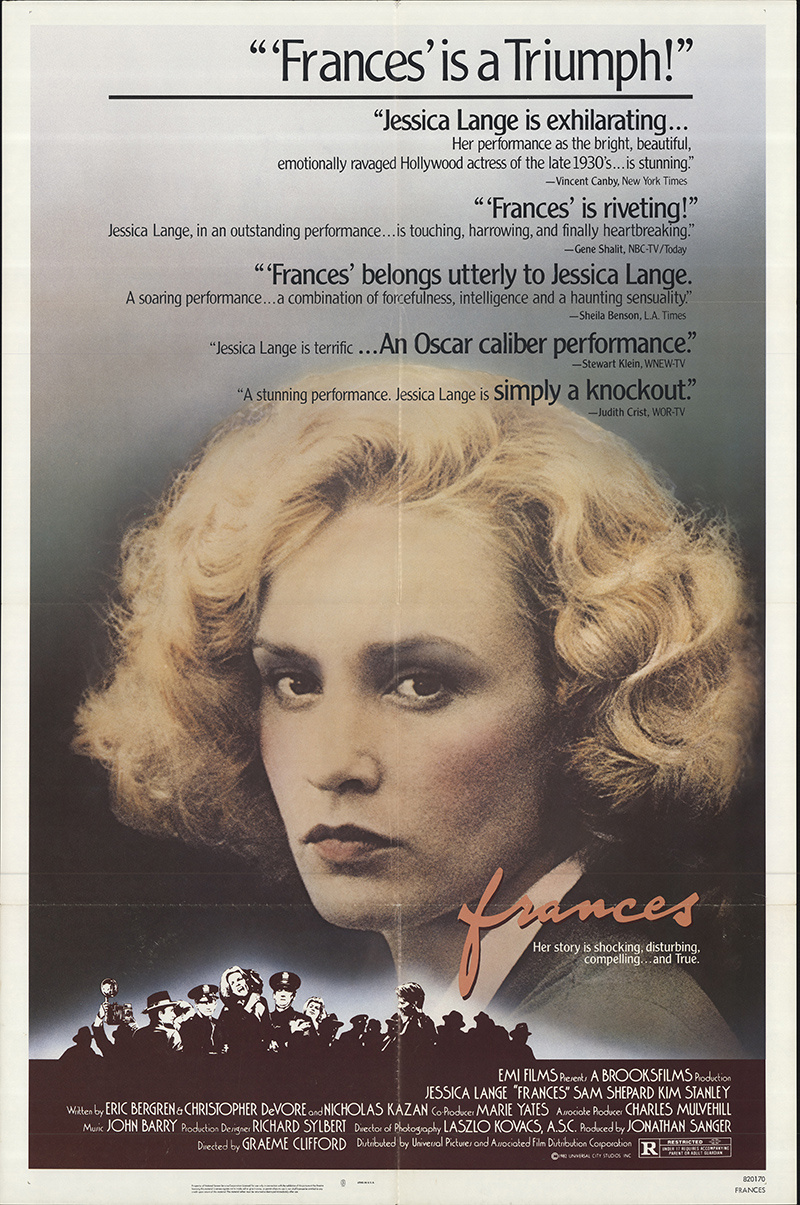