Late one evening, Brenda Martin, a thirty-seven year old Caucasian woman from the proverbial wrong side of the tracks, enters Dempsy Medical Center in Dempsy, New Jersey with minor injuries, but she is also emotionally distraught. One of the people to who she tells her story is Dempsy Police Detective Lorenzo Council, a black man. That story is that she was just carjacked by another unknown black man when she took a shortcut that she had never traveled between the Armstrong housing projects, where she works at the Rainbow Club, a children’s center, and her home in Gannon, New Jersey. Her emotional distress is because her four year old son, Cody, was asleep in the back seat of the car and is thus now in the hands of the carjacker. Brenda’s brother, Danny Martin, a police detective in Gannon, cannot help but get directly involved in the investigation despite he operating outside his jurisdiction. His actions do not sit well with Council, who he insinuates is not only not doing his job, but is protecting his own “people”, i.e. the primarily black populace in the Armstrong housing projects. In addition, the residents of the projects feel that Brenda is getting special treatment as a white woman, as several children have gone missing from the projects without such a frenzied police intervention, which is unnecessarily and unfairly disrupting their lives. Karen Collucci with Friends of Kent, a volunteer organization that conducts searches for missing children, also offers their services, which Council eventually accepts with the caveat that they work under his directive. “Kent” was Collucci’s own son never found, his disappearance which destroyed her personal life. Through the process, Council can’t help but think that Brenda isn’t telling them the entire story…

Also Featuring the Cast of Freedomland 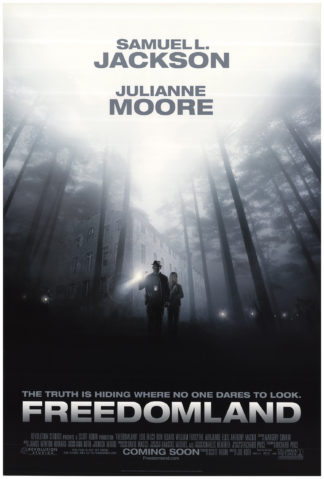