New York narcotics detective Popeye Doyle follows the trail of the French connection smuggling ring to France where he teams up with the gendarmes to hunt down the ringleader. French Connection Part 2, the 1975 John Frankenheimer France crime action thriller sequel (“The French Connection was only the beginning. This is the Climax!”; “Gene Hackman returns as Popeye Doyle – stalking the Frenchman through Marseilles on a suicide chase to the edge of his own life.”; “What happens when you’re a N.Y. cop sent to France to bust a dope ring and… You can’t speak French, The French cops hate you, Your own people have set you up… You explode!”; “See Gene Hackman explode in the all new ‘French Connection 2’ – it’s a whole new set up.”; “Gene Hackman continues the case in ‘French Connection, Part 2’.”) starring Gene Hackman, Fernando Rey, Bernard Fresson, Ed Lauter, Charles Millot, Jacques Dynam, and Cathleen Nesbitt 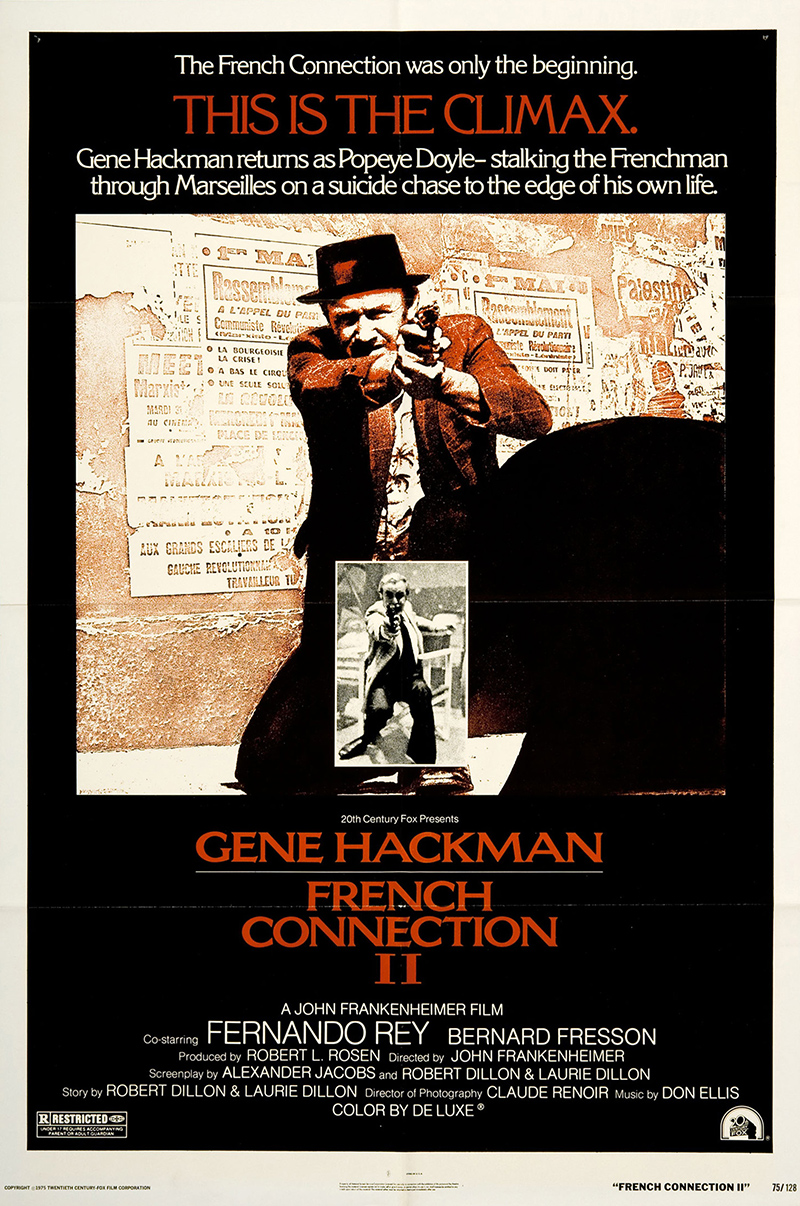