Detectives Steve Carella, Meyer Meyer, and Bert Kling are part of the 87th Precinct’s team investigating a murder-extortion racket run by a mysterious deaf man. While attempting to investigate and prevent the murders of several high-ranking city officials, they also must keep track of the perpetrators of a string of robberies. Further complicating matters is a rash of arson attacks on homeless men. Fuzz, the 1972 Richard A. Colla sexy policewoman police action crime comedy (“Here come the Fuzz”; about police in Boston searching for a mad bomber who is trying to extort money from the city; Raquel Welch is certainly not your typical policewoman, and I doubt real policewomen wear outfits like she does in this movie!; “Screenplay by Evan Hunter”; “Based on the novel by Ed McBain”; this is odd billing given that Evan Hunter and Ed McBain are one and the same!) starring Burt Reynolds, Jack Weston, Tom Skerritt, Yul Brynner (“as The Deaf Man”), and Raquel Welch

Also Featuring the Cast of Fuzz 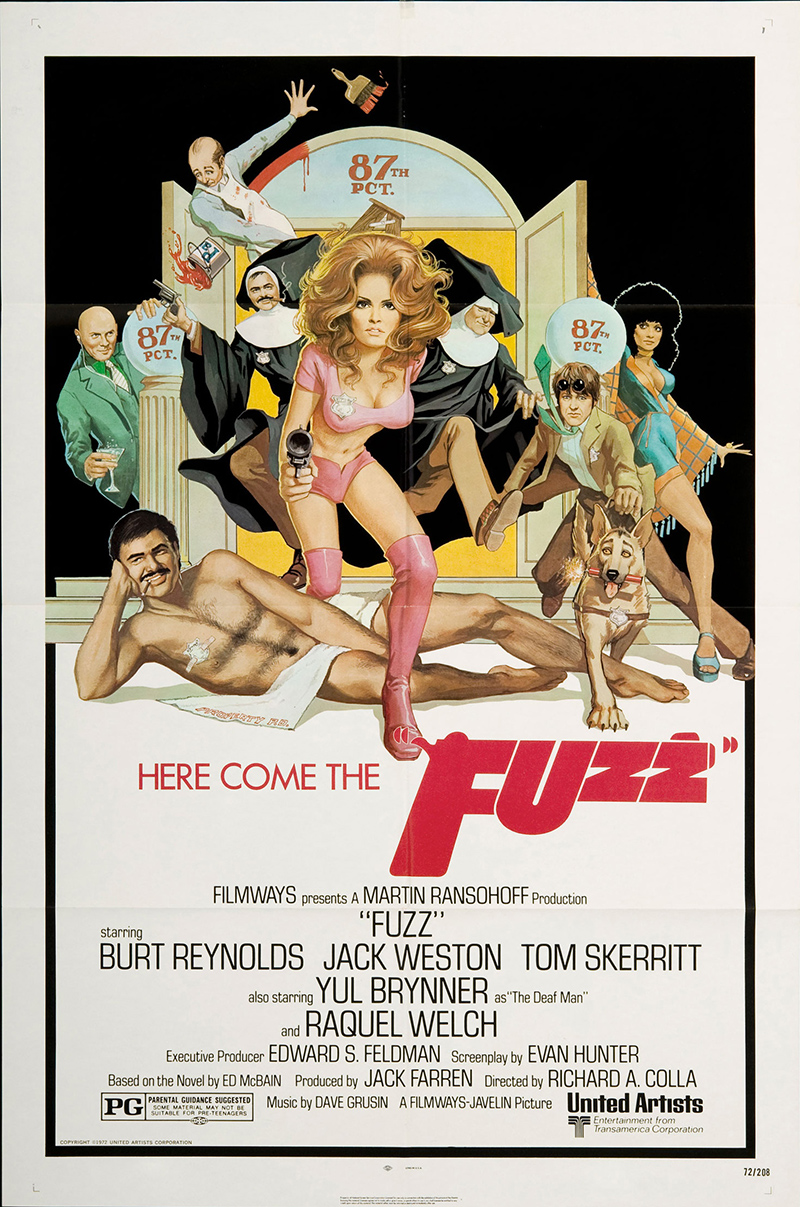