Returning to New Orleans, following four years of army service in Texas in the 1840s, Captain Vance Colby finds his father, a professional gambler, has been killed. The police tell him his father was killed while caught cheating in a card game by Andre Rivage, an arrogant young dilettante. Vance protests that his father was an honest gambler and never used marked cards, but the police inspector tells him there were witnesses. Aided by a riverboat owner, Captain Barbee, and his daughter, Melanie, Vance sets out to clear his father’s name and avenge his death.

Also Featuring the Cast of The Gambler from Natchez 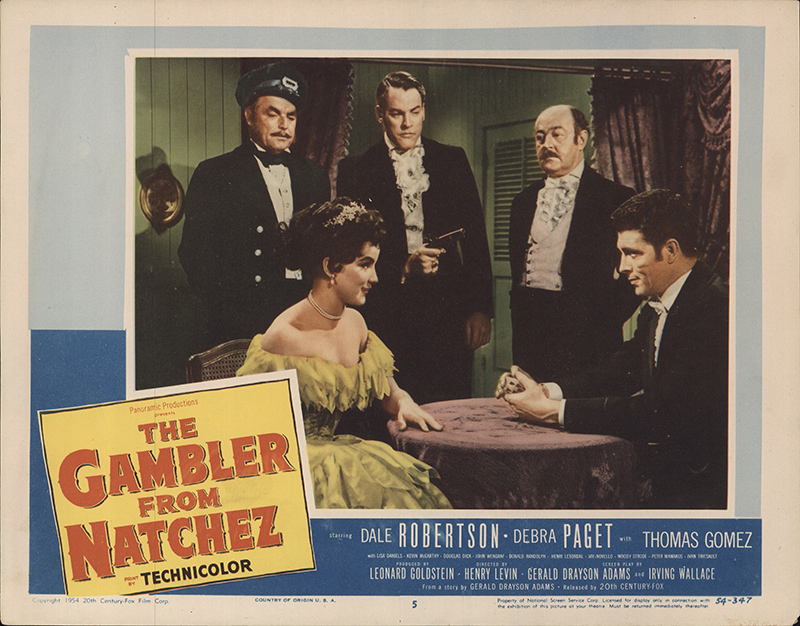 You're viewing: The Gambler from Natchez $25.00
Add to cart