Condition Note: Condition: Poor. (Card 4). Heavy edge wear, heavy staining and scuffing throughout, tears along all borders with some tape reinforcement on back, pinholes throughout, some missing paper in top corners, single-sided

U.S. Marshal Gene Autry and his deputy Scat Russell cross into Canda while pursuing bank robbers Pierre LaBlond and Raoul Duval. They meet wounded Canadian Mounted Policeman Terry Dillon, whose partner has been killed by the bandits, and take him to a cabin where they meet Duval’s niece, Marie. Jack Duvan, Marie’s brother, hates all lawmen and regards LaBlond as his hero. The elder Duval and Bastiste are captured by the Mounties in a raid which uncovers stolen U.S. gold bullion. LaBlond frees the bandits and takes Marie hostage and forces her to flee with him.

Also Featuring the Cast of Gene Autry and the Mounties 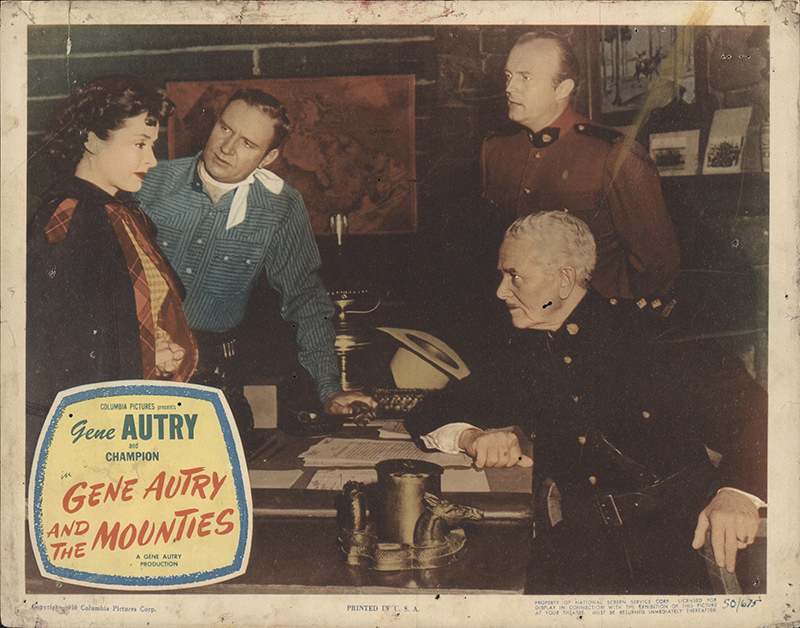 You're viewing: Gene Autry and the Mounties $25.00
Add to cart