Karl, a technician in a computer shop, is also the “Address Book Killer,” who obtains the names of his victims from stolen address books. Terry and her son Josh come into the store to price software, and a salesman uses Terry’s address book to demonstrate a hand-held scanner. Karl obtains the file, and while driving to Terry’s house that night in a heavy rainstorm, his car runs off the road and lands upside down in a cemetery. While Karl is undergoing a CAT scan at the hospital, a surge of lightning courses through the building, and Karl’s soul is transformed into electrical energy. Karl uses the electrical grid and computer networks to continue his killing spree. Ghost in the Machine, the 1993 Rachel Talalay science fiction (sci-fi) computer murder thriller (“They said the killer was better off dead. They were wrong.”; “Plug into your worst nightmare.”) starring Karen Allen, Chris Mulkey, Ted Marcoux, Wil Horneff, Jessica Walter, Brandon Quintin Adams, and Rick Ducommun

Also Featuring the Cast of Ghost in the Machine 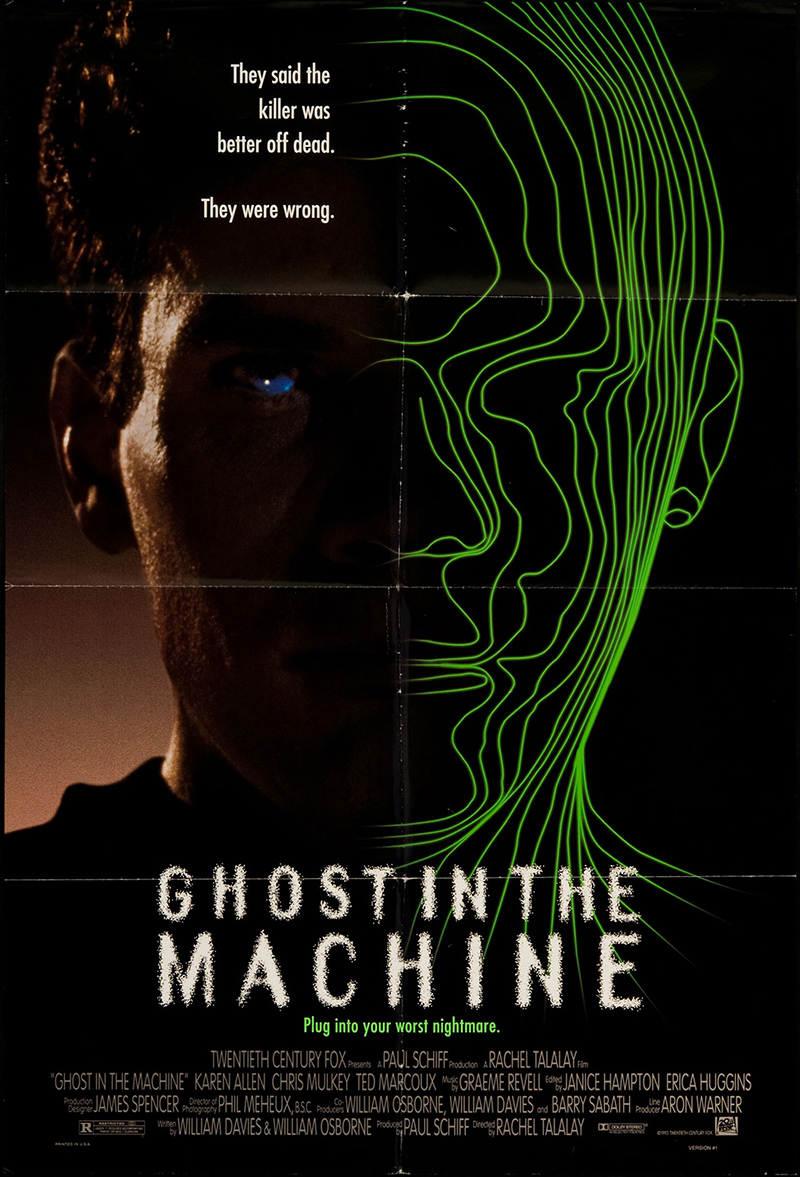